Tim Davie to be head of BBC

Tim Davie, the former "Pepsi man" and founder of Freeview, has been appointed to replace Lord Hall as the head of the BBC. He will be the CEO and Editor-in-Chief for the organization to reach its centenary. 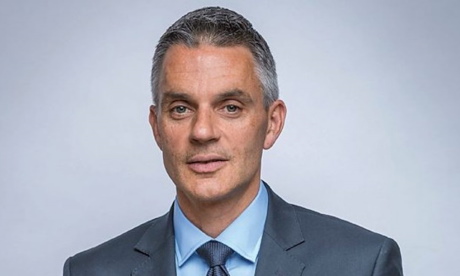 Tim Davie, the former acting Director-General, who stood in as the BBC boss in 2012 after the fall out of the Jimmy Saville scadals until April 2014.

He has also had a huge role in starting Freeview, the highly popular free-to-air TV service.    He was also on the board of Digital UK.

I guess we can just hope that he is able to move the BBC forward in a way that has not been possible with Lord Hall.   Lord Hall has managed to cut the funds of the BBC considerable whilst failing to realise that the competion to the BBC is no longer ITV and Sky, but Americian behomoths Netflix, Amazon (Prime Video), Apple (TV) and Disney(+).

Lord Hall is seen as thowing away the first-starter advantage the BBC iPlayer had.

It will now be down to Tim Davie, CBE, to make the BBC useful for the 2020s.  This means a radical rethink of connecting with British people as a whole, opening up the management to Bame people, and sorting out the funding issue.

The hope is that Tim Davie will be a Digital Director General, after the analogue years of Lord Hall.


All questions
[][][
In this section
Comments
A
Alan Lloyd
9:00 AM
Freeview.
Suddenly we are unable to receive BBC1 and BBC2 without total distortion. Our service comes from the Haslemere light transmitter. Our postcode is GU272NR.
Alan Lloyd

According to Freeview, Haslemere is currently listed for Planned Engineering with "Possible service interruptions".
This is the most likely reason for the issues you are seeing. They don't say how long the work is continuing but I wouldn't expect it to last that long.
Advise is not to retune in these circumstances.

Chris.SE's 3,093 posts
E
Emmanuel Flanagan
9:10 PM
Regarding the BBC looking for licence money for ad free TV yet their highest paid people Gary Linker @ 1,75 million and he has outside jobs in advertising so very hypocritical I could name many other higghly paid staff that also have advertising jobs on top if their high wages
Soninwould welcome UK Free TV

Emmanuel Flanagan's 1 post
R
robert buhagiar
3:21 PM
THERE ARE 5 TIERS PONSERS SPONGERS SCROUNGERS OF productive tax payers money.
All of us during our productive tax paying 44 years suffered redundancy,cut in wages changes to our income and to rubb salt from 18% interest to non benefits we paid for,one of them FREE TV LICENCE FROM 75 years old.
GET RID OF THESE HIGH NON PRODUCTIVE ENTITIES AND WE BE BETTER OFF.
As years ago Ms T said we need to pay to attract the brains in these tax conglomorates the councils and the BBC HERE WE ARE TODAY WITH 000000RESULTS