Having spent Wednesday of last week at the Digital Television Group New Horizons summit, I need to redefine what the scope of this website is. What constitutes television, what counts as free television and how do people view the United Kingdom? 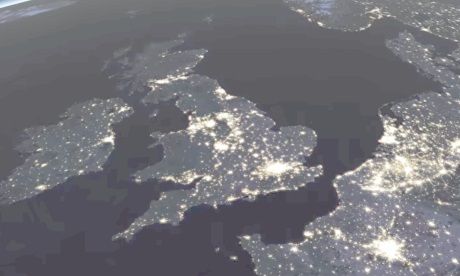 My professional interests in computers, digital networks and television found me working for BT Broadcast Services.   The job supplied stacks of digital technical challenges as well as travelling around the whole of the UK to add digital upgrades to ITV studios in every big city.

In the wake of the considerable business failure that was “ITV Digital” (originally, ONdigital), I started this website to nudge the fledgling replacement Freeview in the right direction.  It was clear to me what was needed: free technical support for Freeview.  It was also clear as to what “Free TV” was:  it was telly you could watch without subscribing.  At the time this meant avoiding analogue or digital Sky and the cable TV companies.

Free is a wonderful word

The English language is full of words with mixed meanings.  This has happened because the English is a magpie language: words and their meanings have been adopted over time from other languages, traditions or uses.

This makes marketing in English a linguistic pleasure: playful word associations and puns can skilfully convey the products and services that a business has to offer.

“Free” is a perfect word in that respect.   It has primary meanings that appeal to the best of humanity (generous, unconstrained, frank, without obligation).  People let out of prison or slavery are free.     Unblocked drains run free.   Unused parking spaces are free.  Free is also to get rid of something that confines or oppresses. And of course it also means without payment.

Freeview (and later, Freesat) derived their names from “free to air”, which was the way that all television and radio used to be.

Of course, there is a catch.   No business is going to survive and prosper without being supplied with money, so the idea of something “free” has a hidden meaning:

With Freeview and Freesat, there is also a catch:

The concept of television has evolved over the years.  The original technologies meant that television was a live radio service, but with pictures.  Over time features were added to television:

The only other question left is really about production costs: is there a distinction between proper telly (which can cost £100,000 an hour of output to make) and self-funded, home-made faire?

The United Kingdom of Great Britain and Northern Ireland

The original purpose of this site was to cover the broadcast television services that I was familiar with.   I had been an avid reader of cast-off issues of the BBC’s Arial newspaper as a youngster, and later had worked with the ITV network (as it was then) as well as Channel 4.  I had also visited the BskyB offices many times, as well as satellite uplink stations (London, Madley).

The site has always recognised that the consumers of UK television may be outside the United Kingdom. Indeed, quite a lot of this site was written outside the UK.   By use of various Astra satellites and the internet, I have worked for extended periods from Leuven (Belgium), Crete and Kos (Greek Islands), Barcelona (Spain), Cascais (Portugal).  I have also been around France, Netherlands, Germany, Italy whilst researching UK television.


All questions
[][][
In this section
Comments
W
Willie Bone
sentiment_satisfiedBronze
1:20 PM
The terrestrial UK radio and television services are indeed free at the point of delivery, akin to our national health service! The service provided by the BBC alone, has 13 DAB digital radio stations and nine television services in Scotland, that excludes BBC Three television and CBeebies Radio which are online exclusive services.
There is a great hullabaloo in social media about the "excessive" price of the broadcast receiving licence, but the cost of the aforementioned services is no more than the weekly price of a decent pie and pint in your local public bar! That's barely worth arguing about in my book..

Willie Bone's 55 posts
R
Richard Wood
5:59 AM
A good article with very valid points but it seemed to finish with no conclusion, am I missing something?
As much as I detest BBC bias and proparganda I do.not begrudge the licence fee one bit if it helps finance the great selection on Freeview ( if this is the case)?

Richard Wood's 6 posts
B
Ben Armine
8:05 PM
The article starts with the question "What constitutes television, what counts as free television and how do people view the United Kingdom?".

Only a small minority of channels offer the option of programme content that was originally a terrestrial broadcast also being delivered by streaming services. Not a great deal has changed; the need for the information provided by this website remains. Streaming services employ a different means of delivery and can quite legitimately be excluded from consideration.

The use or misuse of the word "free" is pure semantics, as there is a cost in providing the content. It is a very fine line and open to interpretation whether a television or computer screen can display a program without having paid the safety net of a licence fee. Perhaps redefining the web site as UK-Free To Air-TV might assist in clarifying the task, particularly by excluding all streaming services. The content from terrestrial and satellite services is free but the right to operate the receiving equipment has to be paid for in the form of a licence fee or subscription.

The problem of a universal service paid for by the same universal fee refuses to be put to bed. At the moment there are 31 major transmitters in England, 9 in Scotland, 7 in Wales and 2 in Northern Ireland that still have to be upgraded with COM 7 and COM 8 muxes. The absence of the upgrade means people served by those transmitters are not enjoying the same benefits, although paying the same licence fee, as those served by the upgraded transmitters. That is not to forget those served by relays where the number of programme channels delivered is approximately half the number available from a main transmitter.

It is going to be a long while before the inequalities in the system are smoothed out, so the web site has a substantial role to play now and in the future. Many thanks to the owner for producing and maintaining such an excellent "Free to Screen" service.