What is in store for the next round of BBC Radio cuts?

How on earth can you cut nearly a quarter (22%) from the BBC Radio budget? What does taking 35 million pounds a year away look like? 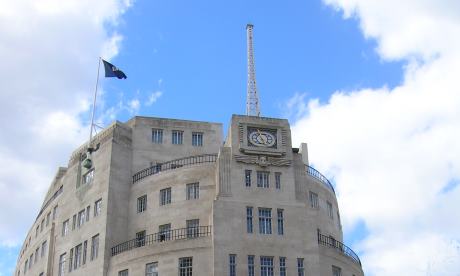 Following on from What is in store for the next round of BBC cuts?, let look at the options for radio in a little more detail.

Not an option: Salami slicing

One option, of course, would be to take 22% away from all services, but the BBC is set on the idea of keeping those things it thinks are "the best quality".   It is worth noting that the BBC has made annual savings of between 4% and 5% every year since 1998.

This could make a lot of sense if you wanted to cut 22% from the whole budget.   Radio 4 has a large budget £122m, but a large number of listeners.   Radio 3, on the other hand costs 44% of the speech station, but cost four times a much per listener-hour.

A combined service, with Classical Music hours at 10am-noon, an hour at 3pm and from 7pm-midnight would cut the cost of the service back to meet the cost cutting requirements.     Taking 8 hours a day from Radio 4 would also allow the service to be made for less money, in particular expensive drama.

The BBC would no longer need the Radio 3 FM transmitter network.

Another way of making savings of the scale required would be to change the network of local radio stations to use BBC Radio 5 Live as their main feed.

Aside from the breakfast (6am-9am) and "drive time" (4pm-6pm) shows, the local radio stations would relay the national news and sport network, but with periodic inserts of local news headlines and weather.

Using modern automatic branding (as the commercial local radio networks do) could allow the stations to be called, say "BBC Radio 5 Leeds" with local voices for the continuity.

The BBC probably would be £250m a year better off if the (radio) World Service stations were closed.  This would make the total annual cutbacks £500m, rather than £750, so radio would still need to save £24 million (15%) a year.

In effect, the multitude of World Service radio stations costs about the same as two Radio 4 stations, and closing these is outside the scope of the proposals.

Radio 4 Long Wave can easily be got rid of by putting the Parliament and Service shows onto 4 Extra.

BBC Local Radio stations will close their Medium Wave service in most instances.

Whilst 1Xtra is an excellent radio station, it is hard to see it not being merged with Radio 1.  Perhaps on a 6pm-6am half-day "takeover" basis.     This would save money as 1Xtra is cheaper than Radio 1.

The double-national services in Scotland and Wales should also merge into one service, but that isn't part of the national radio budget.


All questions
[][][
In this section
Comments
N
Neville Sheldon
11:20 PM
We used to have Radio 4 regional, before local BBC radio stations were created. In my area it was BBC Radio 4 North from Newcastle. We had regional news, weather and local programmes, opting out of London at various times. It worked very well, and I believe that this could save quite a lot of money. BBC1 television is still branded as BBC North East and Cumbria, with regional news and weather, opting out of London at various times.

Neville Sheldon's 9 posts
N
Neville Sheldon
11:32 PM
Further to my earlier comment, I would like to confirm that the former BBC Radio 4 North opt out was broadcast from Newcastle upon Tyne and not Newcastle in Northern Ireland.

1. The BBC are currently running trials of shutting down some local radio MW transmitters. This process needs to be extended to all BBC local radio stations in England and the Channel Islands plus, as soon as DAB roll-out reaches 97% of the population, the Radio 5 MW transmitters and the Radio Scotland, Radio Wales and Radio Ulster MW transmitters should also be shut down along with the three LW sites. This would leave all BBC radio broadcasting on a combination of DAB and/or FM.

2. The Radio 1 and Radio 3 FM transmitters should then be shut down as soon as DAB coverage reaches 97% in each of the UK's four nations: switch-off should be done one nation at a time. The FM frequencies released should then be used by Ofcom for community radio. The Radio 2 and then Radio 4 FM networks should then follow. Already Norway, Sweden and Switzerland have fixed dates for analogue radio transmission shut downs.

5. There should be more automation on the national music networks Radios 1, 1 Xtra, Radio 3 & Radio 6 Music thus saving on costs outside outside peak listening hours.

J Peter Wilson's 30 posts
P
PETER HUGHES
4:04 PM
Clacton-on-sea
If we all remember that Radio 4's roots are from the old BBC Home Service. The London and South East region was the main feed for the Home Service but the BBC regions would opt out, from time to time, and looking at a 1954 copy of Radio Times these opt outs were, sometimes, for local church services, Children's Hour items, various talks, local weather and so on .It also shared Music While You Work, in the mornings, with the Light Programme and programmes originating, say, on the Home Service, were, later in the week, repeated on the Light programme and vice versa

The forerunner of Radio 3, The Third Programme, didn't broadcast at all in the day and started around 7pm and closing down around 11 pm.

Out of interest, BBC Television Service as it was known then and prior to the launch of the ITV companies was also very restricted with short broadcasting periods, ending around 10.30pm WITH A SOUND RECORDING OF THE 9 O'CLOCK NEWS FROM THE HOME SERVICE (no pictures and maybe a BBC logo)

Perhaps the BBC has been too ambitious with all it's tv and radio channels and now faces public backlash, if it tries to reduce or cut services. Don't get me wrong-- I am very pro BBC but have been surprised at the way in which it has extended its services.

PETER HUGHES's 13 posts
A
Anthony
sentiment_satisfiedBronze
11:07 PM
Shutting down MW services for BBC Local Radio is fraught with problems;despite the increase in DAB transmission coverage there are STILL areas where reception of DAB is patchy poor or non-existant.

Also some BBC Local Radio stations like BBC Radio Lancashire need all the frequencies they have to carry different games so split between MW FM DAB and online to give different commentaries to different listeners in various areas of the county so they can follow their games accordingly depending on where they are listening. There is NO WAY this could be done relying purely on DAB/FM and on-line coverage only. MW allows easier in-car reception where FM and DAB is poor and gives bigger area coverage uninterrupted by buildings hills etc and not as subject to the vagaries of FM and DAB reception difficulties.

Anthony's 52 posts
I
Ian
9:59 AM
Perhaps we should privatise all local BBC radio stations, we have the national ones after all. Then set a definite date for none AM/FM broadcasts of the national stations to close. It was remarkable effective on the television (though I did think HMG should have offered each household a set-top box since they then sold off the frequencies).

Ian's 2 posts
W
Willie Bone
sentiment_satisfiedBronze
8:19 PM
Go for option 3 and withdraw support for the BBC World Service. If the government really want an
external radio service to counteract propagada from Voice Of Russia and China Radio International,
Whitehall should fork out and pay for it. If the government do not want BBC support for the World
Service, Sky News Radio could do it! The BBC should also close medium and long wave because it
is antiquated..

Willie Bone's 55 posts
M
MikeB
sentiment_very_satisfiedPlatinum
10:48 PM
Willie Bone: If you mean the news that Classic FM uses, its OK in its own way, but its hardly groundbreaking. There is no way that it could cover the world in the same way that the World Service does. In fact the World Service is excellent (the daily Ebola report has been facinating), and thanks to online and DAB, we can now listen to it all day, rather than listening to it only during the early morning when R4 was off air (its how I kept awake when my kids were babies and they couldn't sleep..).

I agree, the Governement should be stumping up a fair amount for what is basically one of the best examples of 'soft power' the UK has, but the BBC got ambushed in the last settlement.

Funding this service, from the licence fee, is like a stealth tax on all licence payers and deprives the BBC of much needed cash to run its domestic radio and television services.

The paying public had no say in this funding matter of the World Service and politics aside, the Government action is tantamount to a raid.