What is in store for the next round of BBC cuts?

The BBC have asked their Anne Bulford to produce a report, "Driving efficiency at the BBC" that shows where the next lot of cuts are going to happen. What does it mean for you? 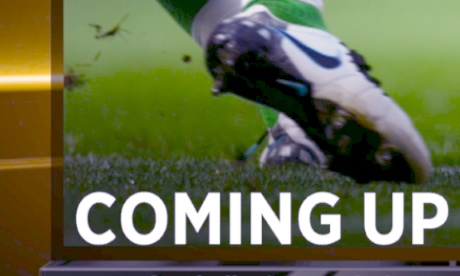 Perhaps one should not be suspicious, but Anne Bulford's "Driving efficiency" report[1] was published by Reform, rather than the BBC and it missed out one rather important graphic[2], which I have shown here: 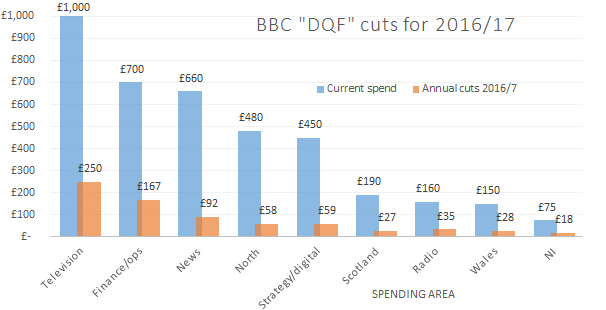 Let's explore what this means.  Here from my earlier posting are the costs per hour and the total annual costs of various BBC services. 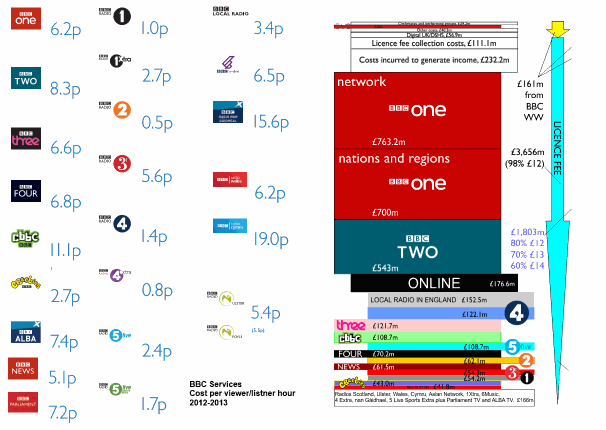 The BBC is going to have to take tough decisions because this amount of money cannot be saved without some services going off air or being cut considerably.

If Radio 4 is protected, I suspect that this means that Radio 3 will be reduced by two-thirds to a peak hour's service, plus the possible "merger" of 1Xtra into Radio 1. Other possibilities might be the "merger" of Radio 3 and 4, with classical music being reduced to The Proms and selected other evenings.

£250m a year from television (not sports, news or Children's)

With BBC One being generally efficient, the cuts could be achieved by making BBC Two a less extensive service (perhaps making half of peak as repeats), with the parallel closure of BBC 4, replacing the channel with a cheap BBC Two+1.

Cut back of BBC regional news to evening programme only and reduction in length of programme to 20 minutes daily, much in line what ITV has done.   Also the merge-back of the Oxfordshire service into South Today and the recombination of Look East into a single programme.

General cut of 14% from the scope of programmes.

Probably cuts like closing of Breakfast at weekends and holidays and reduction in weekday hours, large reduction in CBBC budget, overnight service from 5 Live and so forth.  Or moving 5 Live to just relay the TV News channel outside Breakfast and Drivetime news shows.

Given the cost of sports right, perhaps the reduction in scope will mean cutting back BBC Sport to just sports news?

£59m a year from Strategy/Digital

Reduction in scope of new services.

£27m a year from Scotland

£167m a year from finance and operations

This is mainly the cost of workplaces, technology and distribution.     Distribution needs to take the most and this will no doubt mean the closing of AM radio, possible move the remains of Radio 3 to digital only.

[1] Driving efficiency at the BBC: To deliver quality content for the Licence Fee payer -November 2014 [pdf]

[2] From http://www.broadcastnow.co.uk/broadcasters/bbc-hints-at-savings-focus/5080644.article but with corrections.

Try and imaging, rather than what you personally like, but what you think would be best for the country as a whole.

All questions
[][][
In this section
Comments
M
Mardler
sentiment_satisfiedBronze
5:29 PM
Before cutting services (OK, BBC3 and R4 late night "comedy" can go instantly) I would take a close look at over staffing and other huge over spend.

The numbers, both duplicated staff, e.g. news, and all cost centres, are eye watering: the BBC is a huge, monolithic, government department completely ill suited to the task.

Waste is rampant because the people at the BBC simply don't understand anything else (virtually all have never worked in the private sector) but spend, spend, spend: stopping the BBC tax would be a start.

Mardler's 85 posts
M
MikeB
sentiment_very_satisfiedPlatinum
8:54 PM
Mardler: Is there any actual data to support your opinion? We no that there is waste at the BBC, as there are at all large organisations, and we know that there has been failed projects, overpayment of redundency agreements, etc.

However, since I have a long and fruitless attempt to get someone else to back up the charge that BBC senior exec's are 'overpaid', could you actually come up with some coherent facts and observations.

rob's 171 posts
J
John Martin
sentiment_satisfiedSilver
9:27 PM
Yeah a lot of that on the internet is,nt there? LOL

John Martin's 103 posts
M
MikeB
sentiment_very_satisfiedPlatinum
11:48 PM
Rob: I dont pretend to know everything. If I did, I wouldn't need to keep to asking for you to back up your opinion that 'BBC bosses to be on over inflated wages' with any actual evidence. Insults, yes. Facts, zero.

There are lots of people on the net who write incoherent rants, and seemingly just repeat the same old zombie meme's over and over again. If someone wants a serious conversation, then be serious. Dont rant, dont just repeat something from the Daily Mail - actually argue using facts. Otherwise, its wasting everyone's time.