Having problems with TV background music?

The vast majority of people really enjoy the full auto-visual experience that is television. However if you are one of those who find background music hard to separate from voices, there are steps you can take. 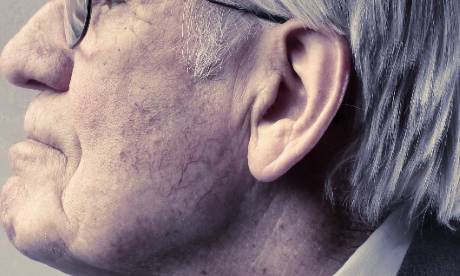 From the large crowds that you find at places like Ephesus and Miletus, I know I am not the only one interested with the lives of the ancient Greeks. It is fascinating to know that even back in the Mycenaean era (1600-1100BC) people were building vast theatres. I find it humbling that 3,500 years ago human ingenuity was being used to construct arenas for the provision of entertainment to large crowds of people. 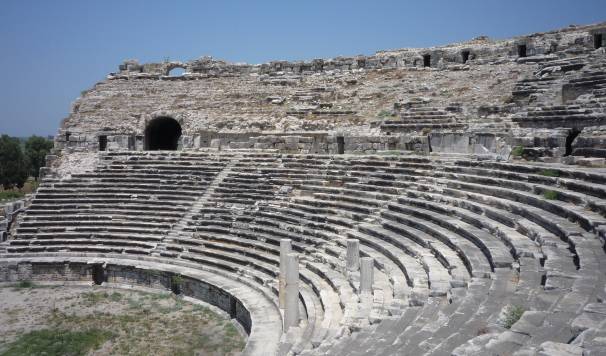 Something that continues today with television.

If you have seen series such as Howard Goodall's "How Music Works" you will know that music is enjoyed on many levels, such as Melody, Rhythm , Harmony and Bass.

The human condition allows us to communicate emotional states with music, and modern TV production makes great use of this. TV sounds has long since been stereo (the NICAM system in the 1980s) and HD programmes often use six-speaker "surround" sound to give a cinema-like audio experience.

Going back over 45 years to documentaries such as Civilisation: A Personal View by Kenneth Clark, music is used to communicate emotional states to mix with in-vision and overlay voices.

Can you not hear the birds singing?

If you are having problems hearing the sound on a TV programme, you may wish to consider that the problem is not the people who make the programmes!

For most viewers, the mixing of music and speed is not a problem. Quite a few people experience a form of mild hearing loss which makes it harder and harder to distinguish voice from other sounds.

This could be a temporary form, which your doctor can fix.

Age-related hearing loss. Because hearing loss is a gradual process people are often unaware that it has happened.

The large river in Egypt? Denial

Discounting the idea that you might be a a misanthropic psychopath, some studies have shown that as many as a third of people with hearing loss are hiding it from others or themselves.

However, for a significant minority of people, this can cause problems. Generally speaking this is more likely as people age.

Can I find out now if I have hearing loss?

Yes, watch this video. Unless you have an great sound system attached to your PC, you might need to use enclosed headphones to get it work properly.

What can someone with hearing loss do?

If you have undiagnosed problems, please go and see your GP. If you live in the UK you will get free treatment, and this can include hearing aids. For the 5% of those with hearing loss who need it, you can also have certain operations.

Access to ENT (Ear Nose and Throat) Specialists at hospital is always via your GP.

For more details on what you might expect see


Help with Which system?
[][][
In this section
Comments
Briantist
sentiment_very_satisfiedOwner
9:37 AM
I score 15,416Hz on the test!

An excellent explanatory feature Brian, well done.
This explanation will assist many of my customers who often complain that the sound from their newly acquired TV is inadequate. Which in some cases I have to admit is true, especially small form factor equipment from the low end of the price range.
Many don't go near any of the TV's Audio or Video settings and often these 'factory settings' are not set-up for the ultimate listening (or viewing experience). So in many cases we are able to improve the listening experience for both the older (and younger) members of society. Not withstanding that aspect, there is of course the underlying problem of age related degenerative hearing loss which obviously requires attention from the medical practicioners which is something we as mere TV installers are not able to 'adjust'.

Gordon Insley's 8 posts
J
Jack
sentiment_satisfiedBronze
12:39 PM
Oh Dear. I have been aware of my deafness for many years and use NHS digital hearing aids in both ears. I had a go at the above test but cheated somewhat running it through my speakers, but in a quiet room, and then with headphones. Without my hearing aids my test result is just about 7khz, and just under 7Khz with hearing aids. I've dug out the results of my latest test at the hospital (March 2011) which shows that they don't even test above 8Khz. I guess I'd better book another appointment although I don't expect to get much improvement. My high frequency response is shot, literally. I took up rifle shooting in 1948 aged 11 before ear defenders were invented and it was my 'sport' during my army service. Eventually ear defenders were introduced but clearly too late for me.
Knowing what I know now, and if I was in a position to employ people, I would always insist they took a hearing test depending on the job that was being applied for. After army life I managed to get a job as a computer repair man (without a hearing test). Shortly before retirement I was sent to a large 'open' office to fix a noisy laser printer. "Where is it?" I asked on arrival. The people in the office were surprised I couldn't hear it. I had to get the covers off to hear a noise like a grasshopper. This reminded me I hadn't heard a real grasshopper for many years. Yes I realise a grasshopper does not produce a high pitched whistle, but a series of clicks. I then recalled learning a little about Fourier's analysis.(This might start something).
Background 'music' on TV documentaries is infuriating but I do manage to improve matters using a set of wireless headphones which are also useful when attempting to understand speech of Caledonian, Hibernian, American and Geordie actors and actresses.
Being a member of my local U3A I often come across members who are deaf, some reluctant to admit it. If I discover they live in a flat or semi I suggest they would hear their TV much better with headphones, and more importantly, their neighbours wouldn't!
PS I still can't hear grasshoppers, are they extinct?

Jack's 33 posts
T
trevorjharris
sentiment_satisfiedGold
2:57 PM
I don't have much of a problem with background music but at times the noise made by suppoerters at football matches. It's not so much a problem with with surround sound but ITV, BBC, and channel 5 use stereo.

For me the worst sound issue is with the BBC who have at times have produced some realy awfull muffelled sound which generated alot of complaints. Another issue with the BBC is the variation of sound levels within some programs which need continuous fiddling with the volume control. Another issue is the variation of sound levels when switching between stereo and 5.1 but this may be a decoder problem.

The adoption of Dolby and AAC has certainly improved the sound quality on the HD channels. Unfortunatly many programs lack bass and the higher frequencies.

trevorjharris's 367 posts
Ian
sentiment_satisfiedGold
3:15 PM
Hinckley
I agree some programs/stations are terrible for sound quality our volume is up and down all the time. I think the sound from most LCD, LED, Plasma TV's is inferior compared to the older CRT ones simply because the speakers are so tiny.

Ian's 497 posts
M
MikeB
sentiment_very_satisfiedPlatinum
6:02 PM
Gordon Insley: I agree - a lot of customers must just put on the TV, and change no setting at all, on audio or video.

Ian: Your quite right - CRT's have big chunky components, with relatively large speakers on the side, all in a nice resonating box. Modern TV's are perhaps an inch thick, with no real resonance, and with space for no more than a pair of 10w speakers.

I warn all customers that the sound is not going to be great, but all TV manufacturers (and audio companies) now produce soundbars/bases, etc.

MikeB's 2,579 posts
MikeP
sentiment_very_satisfiedPlatinum
8:15 PM
Sound quality on a flat panel TV is treated by many manufacturers as secondary to the picture quality. Consider the effort put in to produce HD and now UHD sets - but the sound has not improved since the SD sets first appeared.
It needn't be like that though. Try listening to a Bose Airwave radio. They are fairly small but produce far superior sound quality than comparable size radios from other manufacturers. They use a carefully designed enclosure similar to a 'folded horn' that enhances the tonal quality of the resultant sounds.
That can be done inside a flat panel TV, but they don't as it costs money they don't want to spend - despite the [erception that many viewers would like better sound quality from the TV. So they are forcing us to buy and add-on 'soundbar' that may give some improvement - at a higher price than some would consider paying.

I'm a mere 69 and have HF hearing loss due to working with TV sets for so many years covering the 405 and 625 line eras. The whistle from the 'line transformer' (that produced the horizontal acan plus the EHT (up to 25kV) for the CRT has seriously affected the hearing of many TV service engineers over the years.

MikeP's 3,056 posts
C
Clive J.
8:25 PM
Leicester
The BBC used to lead the world in wireless technology but now they don't seem to bother . I agree with the comments above. Microphone technique was taken very seriously but it is clear that the BBC doesn't think it matters now. Some microphones used are noticeably less than ideal. I guess that money is all that matters these days.

Years ago the BBC used to think it important to use contributors who spoke clearly and intelligibly but now any sort of national or regional accept is regarded as preferable to "RP."

Clive J.'s 18 posts
J
John
8:28 AM
If we are all going to live into our 90s shouldn't we stop accusing middle aged listeners as it being their own fault if they find unnecessary music intrusive, can't cope with the undoubtedly awful quality from nearly all TV receivers and the fairly obvious poor sound from many 'on location' programmes. You can fiddle with tone controls etc as much as you like but it has very little effect on the problem. The need to sell 'sound bars' and the like is an admission of the TV design failures.
I can still listen to twenty year old recordings through a relatively old Hi-Fi system (I used to design and build them) but I despair of the quality we have to put up with today.
Even if some of the problem is due to ageing ears, isn't that the norm that TV producers should recognize rather than pretending it is all someone else's fault? The use of an 'old person' as the main illustration of the 28th Oct article shows the built in assumption.
Can you please refer us to the study that shows that 'the vast majority of people really enjoy the audio-visual experience that is TV' ? Is it published?

John's 3 posts
R
Robert Lee
sentiment_satisfiedBronze
10:09 AM
We have a Panasonic TV with a sound bar. What I find a problem is the very intrusive music that accompanies many documentary and wildlife programmes, which drowns out the commentary, such that we have to turn on subtitles. The worst of these is incessant drumming which seems to accompany many BBC programmes and is exacerbated by the excellent bass response of our sound system. We do not have a problem with normal speech and music programmes. Maybe the sound 'designers' have hearing problems at the bottom end?

I suppose that we could revert to the tinny sound of the speakers in the TV!