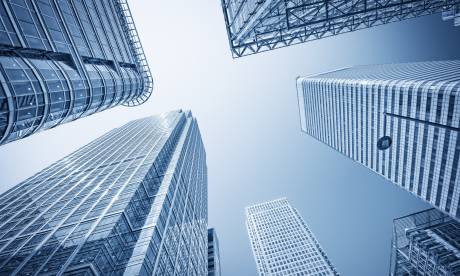 In the first collaboration of its kind, formed on 12th September 2014, the Alliance aims to promote the harmonisation of satellite TV services and technology across Europe. This will help drive the continuing rollout of compelling free-to-view satellite TV, benefitting viewers, manufacturers, broadcasters, retailers and service providers.

Eutelsat subsidiary Fransat is a simple and fast solution for subscription-free satellite reception of France's 25 DTT channels of which 10 broadcast in HD, as well as additional local and thematic channels and radio stations. Fransat also enables access to a la carte pay TV services. In addition, Fransat recently launched its interactive portal called "Fransat Connect" that provides viewers with a wide range of interactive services including an advanced programme guide, infotainment, access to catch-up services and video on demand, and including a companion screen application. Today received by 2 million TV sets, Fransat is broadcast in France via the EUTELSAT 5 West A satellite located at 5° West.

Tivusat, the Italian free satellite TV service, was launched July 31, 2009 and gives access to all the national mainstream television channels (Rai Uno, Rai Due, Rai Tre, Canale 5, Italia 1, Rete 4, La 7), the new thematic digital channels (both national and local), a large selection of the most popular international channels, and a wide number of radio channels (both national and international). Via Tivusat HD set-top-boxes and iDTVs, viewers can also access a wide range of non-linear services, such as Rai Replay, Rewind, La7 On Demand (Rai, Mediaset and La7 catch-up services), Infinity, the new Mediaset movies and TV series OTTV service, and Cubovision, the Telecom Italia video-on- demand and OTTV service. Tivusat, which so far has more than 2.2 million activated smart cards and currently reaches over 1.8 million households, is owned by Tivu S.r.l., a joint venture between Rai, Mediaset, Telecom Italia Media, Confindustria Radio TV, and Aeranti Corallo.

The satellite TV operators have formed the FreeTV Alliance to make it easier and more economical for manufacturers to develop innovative new products and to assist broadcasters and content providers to deploy advanced hybrid TV services combining satellite reception and IP based interactivity. To achieve these goals, the Alliance will produce common recommendations and specifications based on open standards that will apply across set-top boxes and smart TVs in the European market. The FreeTV Alliance members will also work together to establish preferred technologies and common understandings for multiscreen TV solutions.

Announcing the launch of the Alliance at IBC 2014, Alberto Sigismondi, CEO of Tivusat and the first Chair of the FreeTV Alliance, said: "Until now, the major free-to-view satellite TV operators have focussed on building a business within their national boundaries. As the TV and consumer electronics industries become increasingly globalised, now is the right time for us to work together to ensure free-to-view satellite remains at the forefront of the television market.

"The FreeTV Alliance's priorities include providing concrete help, support and advice to manufacturers so they can more easily include satellite technology into their devices, which in turn will allow operators to offer an even more competitive service to consumers. We will be able to combine our collective resources to deliver the best customer experience whilst minimising costs to manufacturers and so act as a collective group to agree upon common standards and features."

The FreeTV Alliance's objective is to remove technology complexities, and help manufacturers to drive innovation and create better television services for European satellite free TV viewers. The founding members of the alliance are highly experienced in delivering quality television services in their home countries, both across linear and on- demand viewing. In addition they all have long histories of working directly with consumer electronics manufacturers to provide consumers with a range of high quality devices that deliver a superior customer viewing experience.

Help with Free satellite?
[][][
In this section
Comments
A
Anthony
sentiment_satisfiedBronze
9:29 PM
MikeB: But how come when UK Gold started on 1st November 1992 via Astra 1B Channel 23 11.553Ghz/H, it was classic UK produced shows which were restricted to the UK market ONLY behind a free-to-view PAL Videocrypt soft-scrambling wall? If that channel didn't soft-scramble then presumably the same thing you have been saying about classic archive programming having little value would have applied here without fear of copyright being broken by these shows being available across Europe. It's therefore good for UK channels that are broadcasting across Europe on Astra 2's paneuropean beam and Eutelsat's 28A European Superbeam for them to break the country by country monopoly on British made programming by showing it in English and to all European viewers free-to-air.

Anthony's 52 posts
M
MikeB
sentiment_very_satisfiedPlatinum
10:04 PM
Anthony: Are the people of Europe really clamouring for repeats of 20 year old British sitcoms? Are we in Britain really wanting to watch bad Greek soap opera or Slovakian music videos? Not really. This isn't about 'monopolies', its about what works in a fragmented market.

It might be that non local programming could be attractive all across Europe, but although expats of all nations might love to see their own programming, most of us at least like to watch stuff in our own language. What language would work for such a pan European service?

As I stated, it is entirely the choice of the copyright owners as to which areas/territories/countries it is allowed to be viewable in. That can be controlled by several means, as mentioned by MikeB and others.

The supremacy of Copyright Law overrides any 'dictat' from Brussels.

Also as stated by MikeB, I doubt many across Europe would wish to watch 25 year old Greek soap operas if they themselves are not of that population/family group.

MikeP's 3,056 posts
M
michael
sentiment_satisfiedGold
10:46 AM
MikeB : The points you make are all valid - but overall sad in the EU context. When the EU is so minded, it enforces open markets and more, with little regard to geographical commercial and consumer interests. Change for the better is unlikely. Hey ho...
I note that sometimes the same film is showed within a few days on UK and continental channels, suggesting a linked commercial arrangement. As a sop, I do - gleefully - on occasion see a newish film that has only been on pay-through-the-nose-TV in the UK :-)

michael's 857 posts
M
Malcolm Franke
2:53 AM
Like many expats I am now happily watching the BBC without paying a TV licence. As there are around 5,5 million of us around the world, if even a fraction of us were to be allowed to legally pay for encrypted live programmes this could go a long way to helping the BBC's financial problems. In Spain it would be a boon to use their Intelsat beam instead of IPTV.

Gareth McCann's 1 post
M
michael
sentiment_satisfiedGold
5:58 PM
Gareth McCann: Some Fransat channels on 5W are viewable with a generic satbox. Likewise via TNT on 19E. The full array, including HD, is available FTA via a dedicated Fransat or TNT box, available in France (and by subterfuge). Please note that, for obscure protectionist reasons, the European Union does not allow free access to channels freely available in other EU member states. Notwithstandingly disconcerting, an outrageous challenge to the transborder unavailability of SKY channels is a-lurking. Quo vadis profit maximising?