In summary: the more I think about this, the more it makes sense for the BBC to withdraw from so-called regional news and plough the extensive savings - 715 million pounds a year - into an improved local radio network, keeping BBC three on the television, expanding BBC FOUR and creating a new daily tea-time family comedy spot. Part of the savings would be used for a Scottish Six news programme, plus NI Six. 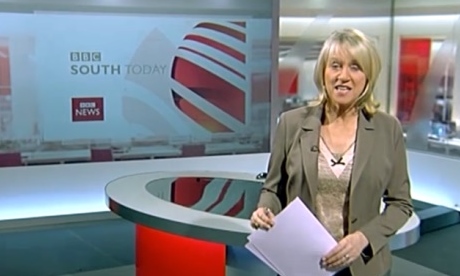 Why am I making these proposals in the first place?

Following the recent announcement to "take BBC three online", I thought I would take a look at the BBC programme budget and see if there was an alternative.

It seems to me that to reduce the BBC budget by 0.5% by taking a service which is valued by a normally hard-to-reach demographic was unfair.

And I think there is a gaping hole in the budget of BBC One that needs urgent attention.

With the renewal of the BBC Charter coming up soon, now might be the time to act.

What am I proposing?

I am saying that the BBC needs to abandon BBC local news in England and Wales because it costs a fortune to provide, is poor value for money and it is not very good.

I am saying that the hundreds of millions of pounds spend should be used to provide:

"BBC Nations & Regions is the largest regional broadcasting operation in the UK- accounting for more than £550m of BBC expenditure and employing nearly 7,000 staff across the UK."

The problem with regional news

The first problem with regional news is that it is very expensive - costing £715m a year. That's more than enough to fund BBC local radio FIVE times or BBC TWO, BBC three AND BBC FOUR.

The second problem is that it is poorly targeted. Even back in the 1960s the BBC observed:

"The boundaries were drawn some forty years ago not on any basis of community interest but to match the range of the transmitters. These are regions devised by engineers rather than sociologists. We respect the loyalties which the present English Regions have created but we now propose to replace them with eight smaller and more socially logical regions. " - Broadcasting in the Seventies

The current regions are too large to be socially logical and provide local news to anyone. Real people are interested in what happens in their street, their town. If they live in a city, they care what is happening in their part of the city.

No one really care what's happening in their "region". To spend over £700m a year on a service to these areas is wrong.

The reason for them is they are a legacy of the start of the ITV network in the 1950s and 1960s. The BBC had to match a network of ITV companies that most people have long since forgotten about.

The government and legal system in Scotland (assuming that it stays within the Union) is different to that in England and Wales. Because of this a special 6pm programme for BBC One Scotland should be provided. This should use the main BBC news packages for international and UK-wide news, but also provide suitable Scottish Parliamentary and domestic priority stories.

Exactly the same arguments can be made for Northern Ireland: therefore a 6pm news programme "edited and re-purposed" for the province is also essential.

Firstly there needs to be some funds allocated to Scotland and Northern Ireland for their special 6pm and 10pm news.

Then £20m should go to enable BBC local radio in England to provide a comprehensive news programme at 6:30pm and 10:25pm and training, staff and support to ensure that the BBC local radio news websites are fit for purpose.

£30m should go to BBC three to enable it to be kept as a television service. It is important to not disenfranchise those young adults who can't or won't go online.

£50m should go to BBC FOUR. It is an excellent channel that suffers from having too small a budget to provide what it does in enough quality. This money should be able to provide a weekly hour of new science, history, arts, international affairs and

And what of the empty slot between the BBC News and The One Show?

I propose that BBC One takes a leaf out of BBC Radio 4 and uses the slot as an comedy antidote to the news. Five slot might mean a panel show (say, QI), a stand-up show (like Russell Howard, but pre-watershed), something leftfield (like The Might Boosh) and there's still room for some satire.

All questions
[][][
In this section
Comments
MikeP
sentiment_very_satisfiedPlatinum
10:12 PM
Betamaxman

BBC on VHF was transmitted on channels 1 - 5, depending on where you lived. It was not called BBC1 until the start of BBC2 in 1964 on UHF. Likewise ITV was on channel 7 - 12, again depending on where you lived and hence which transmitter was serving the area. I lived in North East Surrey (now part of Greater London) and Crystal Palace had BBC1 on Channel 1 (Band 1, vision on 45 MHz and sound on 41.5 MHz) while the Sydenham Hill transmitter provided ITV on channel 9 (Band 3, vision at 194.75, sound at 191.25 MHz). Because VHF signals propogate much further than UHF, fewer transmitters were needed to serve almost the whole country and there were fewer 'not spots' that could not get TV reception.
Just thought the historical links would be interesting.

MikeP's 3,056 posts
Rog Parsons
sentiment_satisfiedBronze
10:06 PM
MikeP has made a good point about VHF compared with UHF though UHF with a larger aerial and pre-amp was nearly as useful for covering 'no-signal spots' I'm in Hinckley, Leics and watched Belmont (Anglia then Yorks) and Sandy Heath (Anglia) with my Fuba (about 6ft long) group A for a number of years when my local was Sutton Coldfield (Midlands ATV/Central) good and strong but ironically Waltham (E.Midlands) signal was unusable. OK I used a very reliable German rotator for Anglia/BBC East but it was worth it as , then ITV and regional news gave a real regional alternative. I beleive the BBC 4 is too much a highbrow alternative and BBC3 is strictly for the older teens to justify any reduction of local programmes especially regional news is quite wrong . If Scotland wants a quite separate main news then let Scotland fund it , the same with N.Ireland where in a number of places RTE stations are viewable - though prevented in the rest of UK. To stop the local news we'd finish-up with default BBC London News , God help us. No , at the present time I feel we should be more informed both about the world and our own region not less . The BBC Radio took all the Home Service regions of Medium Wave in about 1967, which truely was a wrong step before at least asking us listeners who have finished up having to fight for Radio 4 (former BBC Home Service) Long Wave as a national station with no decent regional radio news as the BBC 'locals' and commercials only bother with 'sound bites' now. Please leave the BBC 1 Regional TV news as it is and also any BBC2 regional programmes which help us respect where we live.

Rog Parsons's 38 posts
B
Brekkie
6:25 PM
BBC Regional News is the most popular show on the BBC outside EastEnders most days and far more PSB than "family comedy", which in recent years has been pretty dismal from the BBC. You only have to look at what has happened to ITV to see how much people value it.

Yes, there are efficiencies to be made but axing it would be admitting the BBC's days are pretty much done. They've already made cuts by slashing the lunchtime bulletin to 5 minutes while the new longer late programme is essentially a revised repeat of the 6.30pm edition.