Speculation: is BBC three going to be replaced by BBC One +1?

There is a large amount of speculation in the papers today that BBC three will be made into an online-only service in an upgraded BBC iPlayer. Does that mean that BBC One +1 will replace it on Freeview? 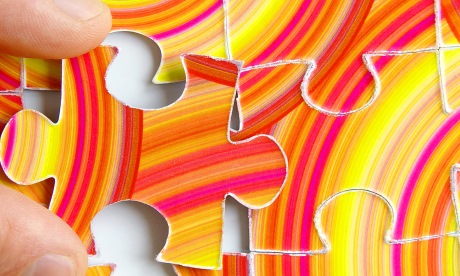 Just quickly, here is my thinking.

As well as the speculation about moving BBC three online, there has been talk of providing a BBC One+1 service.

As the channel can now be carried on Freeview multiplex PSB1: the Freeview version of the channel will carry the regional news programmes from 7:30pm-8pm and 11:25pm-11:35pm.

However, there isn't the satellite capacity to provide all these regions: so BBC One +1 on satellite won't have the regional news, it will get a caption.

I might also speculate that BBC FOUR HD will move to the PSB3 multiplex so it can be watched everywhere in the UK.

If so, BBC ONE HD +1 will go on COM7 and not have regional news.


All questions
[][][
In this section
Comments
S
Steve
sentiment_satisfiedBronze
3:01 PM
Seems logical to me. Quite frankly BBC1+1 would be a more useful service than BBC3 which, for the most part, is a waste of airspace.

Steve's 59 posts
T
trevorjharris
sentiment_satisfiedGold
3:05 PM
If they are going to put BBC 3 online and still use the vacated bandwith for BBC One +1 where are the savings coming from?.

It also would appear that it will be legal to watch BBC 3 online without a tv licence as it is not being "broadcast".

trevorjharris's 367 posts
Briantist
sentiment_very_satisfiedOwner
4:18 PM
trevorjharris: The saving are coming from the cutting the costs of content creation.

BBC three won't have a schedule: it will be on demand.

Briantist's 38,844 posts
Briantist
sentiment_very_satisfiedOwner
6:33 PM
trevorjharris: Looking into it more closely, the BBC is "gifted" multiplex A (or PSB1) and are required to use it for BBC services. They need the stream that BBC3 uses for the daytime children's CBBC service, so the BBC three "evening slot" would have to be used for some BBC service.

That would be either a red-button stream or BBC One+1, in my estimation.

Let's see. They are doing the proper announcement tomorrow.

Briantist's 38,844 posts
MikeP
sentiment_very_satisfiedPlatinum
7:46 PM
Briantist:
If BBC1HD moves to one of the newer non-regional Muxes, then wouldn't that create a disincentive so people are less likely to buy HD equipment as many prefer the regional nature of news and locally sourced programmes? Such services would only be available on SD services it would seem.

MikeP's 3,056 posts
Mark Agius
sentiment_satisfiedGold
9:02 PM
Haywards Heath
We almost already have BBC1 +1 as you can watch BBC1 one hour late using BBC iPlayer.
Going off subject. I often watch BBC iPlayer on Freesat, but can't get the ITV version to work on Freesat.

Mark Agius's 371 posts
Briantist
sentiment_very_satisfiedOwner
9:24 PM
MikeP: it would be BBC one plus one HD that would move... Not the full time BBC one HD!

Briantist's 38,844 posts
M
MikeB
sentiment_very_satisfiedPlatinum
10:57 PM
MikeP: Since all TV's now have at least HD-Ready resolution, and the bulk of them have HD tuners, I suspect that one more or less HD channel will make no difference to people buying a new TV.

Mark Agius - the ITV player is widely seen as a bit of a pain to work, most on-demand boxes have BBC, C5 on increasingly C4, but ITV's is more limited, and not all browsers like it (Panasonics use Opera, with ITV does not like).

The former head of C5 points out that online content is even less cost effective than BBC3 content - its the content which costs. Hopefully it should end up on BBC2.

Regional news - just use London - or rotate them even.

Steve P's 1,173 posts
Briantist
sentiment_very_satisfiedOwner
11:09 AM
Oh, it seems that I was right!

"The freed up spectrum being used to extend CBBC by an hour a night and to provide a BBC One +1 service."