Should the UK close down the TV networks to allow for more mobile broadband?

Ofcom is wondering if Freeview is needed in the future, or can we close down the massively popular service to provide more 4G broadband. Freeview occupies 256MHz today, whilst mobile phone services have 560MHz. Digital UK has a report that suggests Freeview is good for the UK. 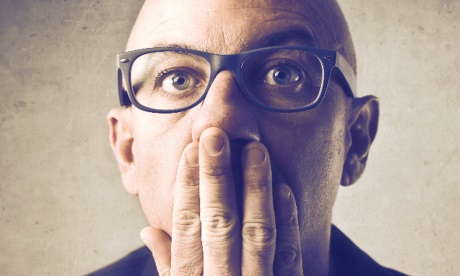 A new report published today reveals the major economic benefits that Freeview and other terrestrial TV services deliver to the UK.

The report shows that the country's most widely used platform returns nearly £80bn to the economy and challenges the view that mobile broadband delivers more value from airwaves than television.

The findings come at the start of a year when crucial decisions about the future of free-to-air TV will be made by policy makers in the UK and EU. Just over a year after digital switchover freed up capacity for 4G mobile broadband, a further shake-up of the airwaves is being considered to release more spectrum for the mobile market.

Commissioned by Digital UK, the report by media and telecoms consultancy Communications Chambers sets out for the first time the economic and social importance of digital terrestrial television (DTT) which delivers broadcast channels for both Freeview and YouView - and is watched in three-quarters of UK homes.

Headlines from the report include:

As the largest free-to-air TV service, DTT creates healthy competition between platforms and ensures viewers can access public service channels without subscription Digital UK and its members (BBC, ITV, Channel 4 and Arqiva) are urging government to ensure any further transfers of airwaves do not weaken Freeview and other terrestrial TV services, and that viewers should not suffer disruption or foot the bill for making the changes. In a joint letter accompanying the report, Tony Hall, BBC Director General, Adam Crozier, CEO of ITV, David Abraham, Channel 4 CEO and John Cresswell, CEO of Arqiva, stress the importance of terrestrial services such as Freeview in ensuring the UK remains a world leader in television.

Jonathan Thompson, Chief Executive of Digital UK, said: "This report sheds new light on the value of DTT for viewers, the UK television sector and wider economy. With increasing demand for spectrum it is critical that DTT remains a strong proposition with the same coverage and range of channels viewers enjoy today."

Copies of the report can be downloaded from The Value of Digital Terrestrial Television in an era of increasing demand for spectrum [PDF].

New economic analysis: The report estimates that the average value per MHz of spectrum for DTT is 50% higher than that for mobile data and that the marginal value (the unit value that might realistically be reallocated between DTT and mobile) may be even greater. The report estimates the marginal value of mobile data per MHz of spectrum to be £0.19bn compared to £0.47bn for DTT.

Help with Freeview, aerials?
[][][
In this section
Comments
MikeP
sentiment_very_satisfiedPlatinum
9:15 AM
In my considered opinion, as a retired electronics engineer, FM and Freeview must remain in use. As others have said, digital introduces a time delay, about 4 seconds, so time signals are in accurate. Most DAB stations are now mono only and with limited bit rates so frequency response is poorer than FM radio.

Mobile networks already occupy far greater bandwidth than digital TV and I think they already have too much.

Digital is not always better and a lot of the usage of mobile signals is better handled by cabled networks.

Mobile phones have clear usage benefits as phone on the move. If your car breaks down it is essential to get it fixed and mobile allows you to call RAC, AA, Green Flag, etc.

Otiginally, mobile phones we meant to be an outdoor extension of the voice phone networks. A lot of people still use it as such and not everyone has, nor wants, a so-called 'smart' phone.