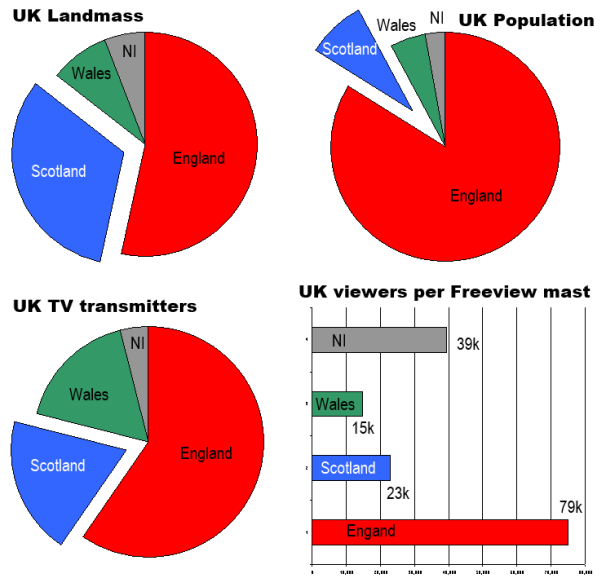 Help with Television sets?
[][][
In this section
Comments
D
David
sentiment_satisfiedGold
5:14 PM
The TV News coverage on TV seems to only feature SNP Government and pro being a separate country.
Where is the voice of those in Scotland wanting to stay in the UK?
Are we getting a biased News coverage or are the vast majority in favour of leaving the UK?

David's 306 posts
Briantist
sentiment_very_satisfiedOwner
5:24 PM
David: The BBC have guidelines, but they are "draft"... http://downloads.bbc.co.u….pdf

Briantist's 38,844 posts
R
Richard E
sentiment_satisfiedBronze
8:31 PM
I have noticed since friday on BBC 1 SD ,that the guide menu has put in your local news region in the banner title so have BBC 1 East now as well as London . Did you know Freeview was going to do that ? ITV still says ITV . no region indication .Don`t know if they already had that in the Scottish Region .

Richard E's 41 posts
Dave Lindsay
sentiment_very_satisfiedPlatinum
8:37 PM
Richard E: They have done this for BBC One Yorkshire which is now "BBC ONE Yorks".

Dave Lindsay's 5,724 posts
R
Richard E
sentiment_satisfiedBronze
8:41 PM
Thanks, they must be doing it England wide , I am sure Brian will update us on this shortly .

Richard E's 41 posts
Briantist
sentiment_very_satisfiedOwner
9:31 PM
Richard E: Yes, I noticed that it had happened on my YouView box.

I will find out, but it could be related to the local TV system, or because of the possible confusion of HD viewers.

Briantist's 38,844 posts
G
GingeKing
4:50 PM
Falkirk
Briantist.... do you purposely use photos from the big book of ugly gingers because your not doing my kind any favors.

Especially on this update. Is it a boy is it is it a girl... no one knows but its ginger.

Des Collier's 171 posts
D
david
sentiment_satisfiedBronze
5:34 PM
Salisbury
you say the bbc is an independent broadcaster it is not its state broadcaster the gover ment can change terms of charter and licence fee freeze licence fee

david's 66 posts
I
ian
5:50 PM
I spend an equal amout of time living in the UK, where I have a full TV license, and the other part of the time in southern europe. Like everyone else down here and all over Spain, Italy etc most of us have Freesat and COULD enjoy seeing all UK tv channels, that is up until now. Over the past 2 weeks all of the UK BBC/ITV/C4/C5 have been switched off, on the grounds of copyright, as we are outside of the copyright region of UK. Would I be correct in my assumption therefore that if Scotland became an independent country that similarly the BBC/ITV etc would be unable to allow broadcast to Scotland for the same reasons?