UTV HD on Freesat and Sky from November

At long last, the UTV high definition channel, which has been running on Freeview HD since switchover, will be added to Freesat and Sky homes from 4th November 2013.


Just to confirm that from Monday 4 November UTV HD will be on channel 103 and Freesat users should select channel 119.

Michael Wilson, Managing Director, UTV Television said: "Our Sky and Freesat viewers will be able to enjoy a new dimension to their viewing, with even greater picture clarity on UTV HD.

"Bringing HD to these two additional platforms represents a significant investment by UTV and one which we think our viewers will enjoy immensely. 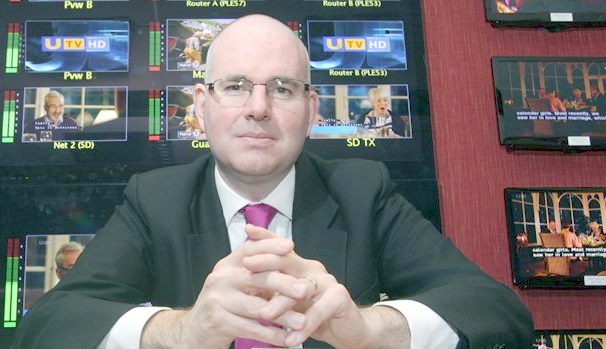 UTV was the first broadcaster to introduce HD to the island of Ireland in October 2010, but the service has been restricted first to Virgin and was added to Freeview Homes at the digital switchover.


Help with High Definition?
[][][
In this section
Comments
P
PJH
sentiment_satisfiedSilver
12:52 AM
Josh: They will be. UTV HD will be on channel 103 for viewrs with a Sky HD subscription, but channel 178 for those without:

"In a surprise move, on Sky HD, UTV HD will replace the existing SD channel on 103: the first time a main PSB channel has had its SD channel substituted by the HD simulcast on any digital TV platform. Sky HD subscribers will see the standard definition version move to channel 178. The exception will be viewers that have a Sky HD box without a relevant subscription, where the SD channel will remain on 103 and HD on 178"


PJH's 240 posts
C
conor
sentiment_satisfiedBronze
8:25 PM
this hd channel is over due by a year

Must've started when I was out.

conor's 60 posts
J
j kerr
11:40 AM
well its good to finally have UTV hd ...but the quality off the picture and sound is nooooo way as good as the main ITV hd :( this needs sorting and wheres the little logo to tell ya its utv hd lol :)