I have implemented a number of changes to the site today that are designed to make it run faster and be even easier to use.


Thanks once again to everyone for their feedback. I have taken note of recent comments and have I hope - come up with some changes you will like.

Some of these changes are invisible, such as a number of improvements to the database.

The first change is the introduction of a fifth web server for UK Free TV. In additon to the main server, the two graphics servers and the overlay server, I have added a new Amazon Web Services instance to serve the large images used for the site background.

This has had a useful effect... UK Free TV now loads in less than a second, like this 706 ms result.

I'm quite proud of the "faster than 94% of all tested websites".

I have added in a breadcrumbs system, as well as new heading font: 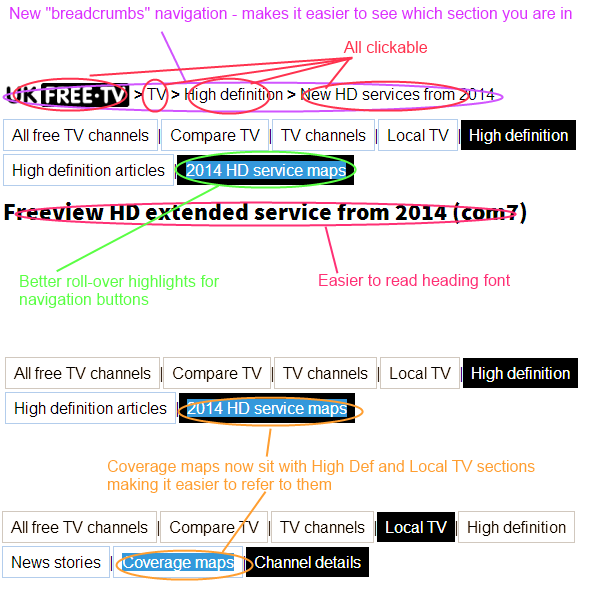 Sid's 33 posts
B
Bob Huckin
9:10 PM
It looks awesome Brian. I'd be lost without this site. Keep it coming.

Bob Huckin's 9 posts
I
Infinidim
2:45 PM
This is so fast to load compared with the old system.

How do I sign up for the emails, hourly, daily etc.

I came here from an RSS feed, not an email

D's 1 post
C
Clive Johnson
8:48 PM
Very sorry to hear a bout the leg
and other problems. I do wish you all the best. Your site is really valuable