Following today's decision by Ofcom, the BBC has finally announced the provision of all of their television channels in high definition, and they will be on cable, satellite and Freeview HD.


It appears that the BBC Three HD and CBBC HD will be added to the national Freeview HD multiplex (the one broadcast to over 98% of UK homes). Quite why we have to wait until next year, I'm not so sure.

In addition, the two new Freeview HD services that are in the "600MHz band" (between 550-606MHz) will reach 70% of the UK population will provide BBC FOUR (and CBeebies daytime) plus BBC News HD. 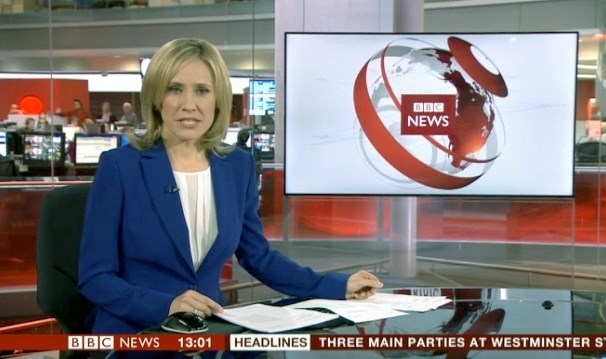 The three new streams (as they are called) will also find space on the Astra satellites for Sky and Freesat homes, plus they will be provided to the cable company for distribution that way.

In addition, "The BBC is also working on a proposal to launch regional variants of BBC One HD and BBC2 HD for Wales, Scotland and Northern Ireland." according to BBC to launch five new HD channels - News - Broadcast.

Channel 4 also offered to provide "simulcast at least one, and potentially two, television services on the [new Freeview HD] multiplex" (see Interim use of 600 MHz for DTT)

"This statement sets out our decision to proceed with an award of the 600 MHz spectrum band (550 to 606 MHz) to Arqiva on an interim basis. We will do so by granting a single licence for the establishment of temporary Digital Terrestrial Television (DTT) multiplexes using DVB-T2/MPEG4 technology. The licence will run until 2026, but with a minimum duration to 31 December 2018, subject to revocation on 24 months' notice

One point of substantive challenge was that the proposed interim DTT licence might limit our ability to initiate any clearance of the 700MHz band - for mobile broadband -if such a clearance was to begin before the end of the proposed minimum licence term to the end of 2018. We have considered this argument carefully and decided, for the reasons set out in this statement, that the most proportionate way to address this issue is to add a clause in the licence that will allow us to vary or substitute the frequencies awarded in the 600 MHz band, as necessary, ahead of the end of 2018 in order to facilitate any transition of DTT from the 700 MHz spectrum."

sharealam's 225 posts
D
David
sentiment_satisfiedBronze
1:48 PM
sharealam: film 4 has move to the D3&4 PSB2 multiplex. so film 4+1 will replace it on multiplex that it was coming from.

Briantist's 38,844 posts
leslie rainer
sentiment_satisfiedBronze
7:19 PM
Skegness
ty for ur answer david I reckon the freesat cant afford any more channels never mind must put up with it for now

Grace's 1 post
I
IrvSwerve
11:33 PM
Ilford
Why don't I get BBC4HD on Freeview in NE London that is postcode town IG5.

IrvSwerve's 1 post
M
MikeB
sentiment_very_satisfiedPlatinum
11:38 PM
IrvSwerve: Click on the DigitalUK link next to your question - you should have no problem at all with Crystal Palace. Are you sure you are tuned to thats transmitter, or are you using the Woolwich Light transmitter, which does not have BBC4 HD?