It's back-to-the-future time for UKTV. Once there was a channel called UKTV Drama, but it chanced its name to Alibi back in 2008. But from 8th July 2013, there will be a new Freeview channel called Drama.


Freeview slot 20 25 (more than likely, replacing Dave Ja Vu) will be filled with a new channel from 8th July 2013, which will be a BBC version of the hugely popular ITV3.

With shows such as Tipping The Velvet, Cranford and Lark Rise To Candleford, Jane Austen's Pride And Prejudice (and the odd programme from ITV, such as Catherine Cookson's The Cinder Path and Sean Bean-fronted Sharpe). 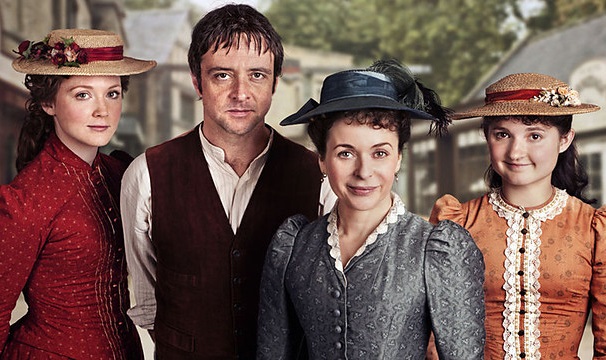 "There's a great deal of fantastic content that the Freeview audience hasn't been able to see for a long time," said UKTV controller Emma Tennant.

Drama channel controller Adrian Wills adds "You might think that with 10 channels there's a lot of space to showcase classic drama but, in fact, the channels we have are quite specific, so there was no real space to show the deeper archive. When you look at who else is doing classic drama, it's only ITV3, and it does fantastically well so there's room for more than one".


Help with TV/radio stations?
[][][
In this section
Comments
S
Sunbaby
8:17 AM
Hi, just woke up this morning and all tv and radio stations on channel 28 have disappear (QVC Beauty - 35, 4Music - 18, plus others) what happened? Is this to do with the 4G rollout and how do I get my channels back? I've retuned the tv but they just don't appear in the list now and I cannot afford the pay channels, sky, virgin et al.

Briantist's 38,844 posts
S
S.M.Bryan
3:55 PM
I get all channels through the Sky box. So far I have been unable to get the new Drama channel which started on Freeview on 8th July 2013
Please advise how I can access freeview channel 20
Many thanks S M Bryan

S.M.Bryan's 1 post
Briantist
sentiment_very_satisfiedOwner
3:59 PM
S.M.Bryan: on sky it is channel 206 .. With a subscription.

Joy's 1 post
J
jean mence
10:01 PM
Complete disaster on new freeview channel 20 tonight, taggart broke down, no explanation, no apology, what on earth is going on

jean mence's 2 posts
K
kallista
10:07 PM
I agree. When Taggart broke down they went into some American record breakers perogramme which suddenly stopped at 10pm. Still no explanation. If they can't do better than this, then they shouldn't bother. An apology or some explanation would have been nice.

kallista's 1 post
M
Mary
10:16 PM
Hi, tonight on Drama an episode of Taggart was aired and the end was not shown. I am completely outraged by this. There was no apology given, and we do not know the ending. I will not be watching "Drama" again, absolutely terrible.