As ITV1 becomes ITV, I have taken the opportunity to bring the ITV network up to date on UK Free TV.


Using ITV Media - Advertising on ITV ITV1 regions as my source, as well as cross-refernceing Eutelsat 28A & Astra 1N/2A/2B at 28.2E - LyngSat, and the SSSL regions map, I have updated the UK Free TV database to reflect the current ITV (plus STV and UTV) regions.

The LyngSat listings do not use the official ITV names for regions and contain errors (such as wrongly calling ITV West "ITV West Country West", as it is part of the HTV Wales and West Licence).

The ITV Channel[s Islands] region does not appear in the satellite listings, nor does STV North (Dundee micro region).

Border is not divided into England and Scotland parts by ITV. However, the BBC splits the Border regions between BBC Scotland and BBC North East and Cumbria.

ITV Meridian (South Coast micro region) is similar to BBC South, but with Midhurst added, and without Hannington or Whitehawk Hill.

Granada has the Isle of Man, BBC North West doesn't.

BBC West is similar to ITV West, but the ITV also has a Ridge Hill service. 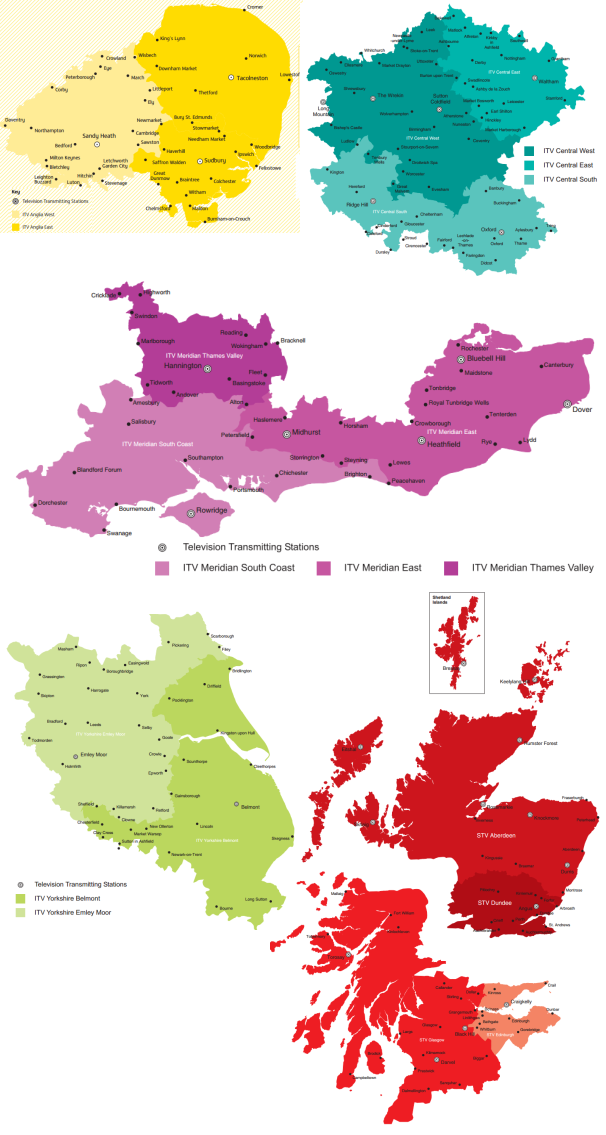 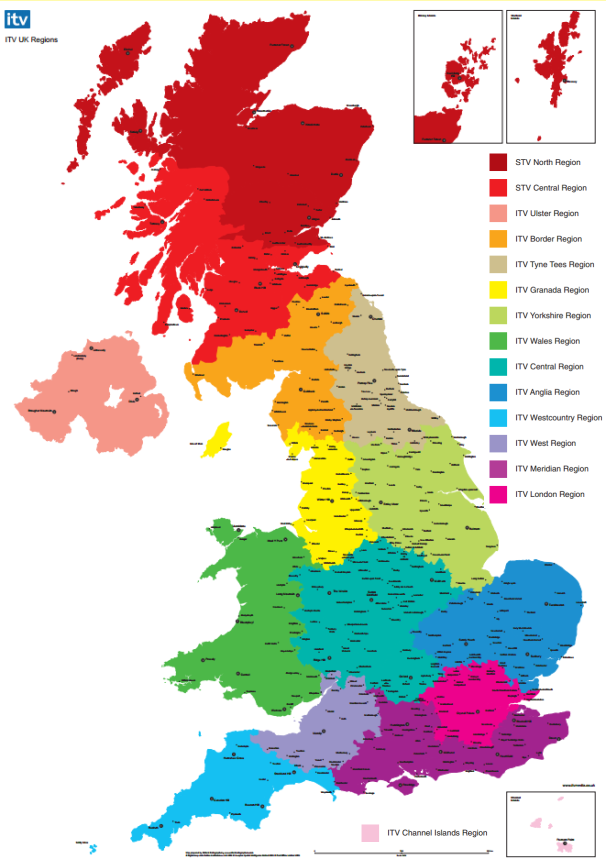 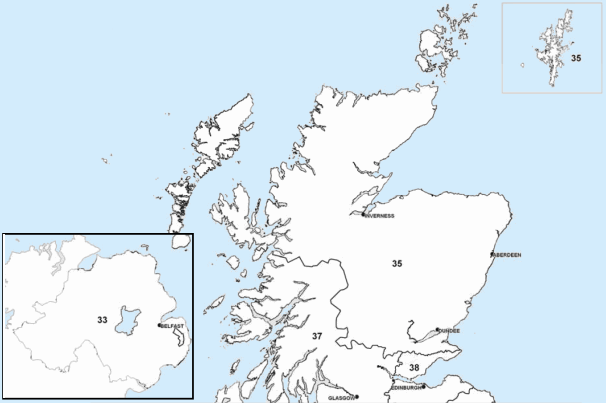 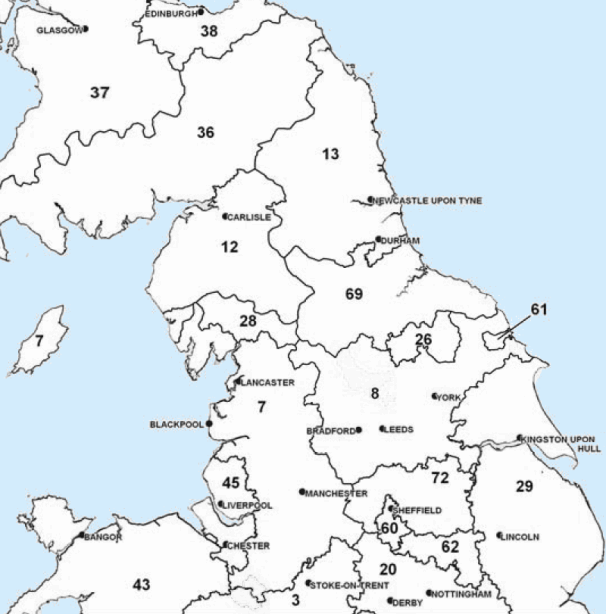 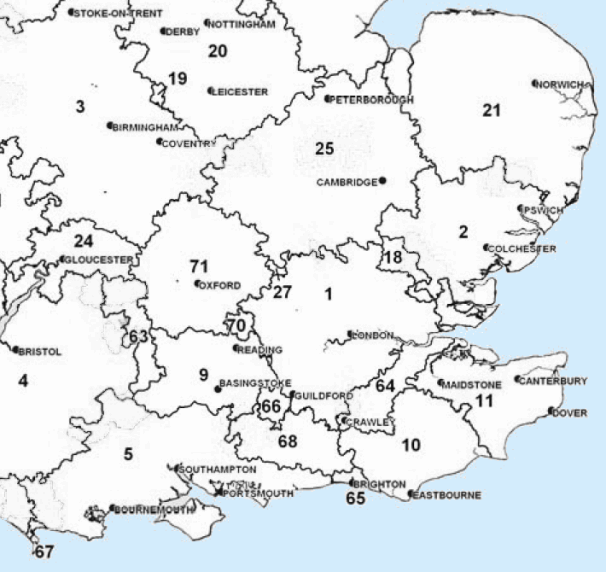 Wales and the West: 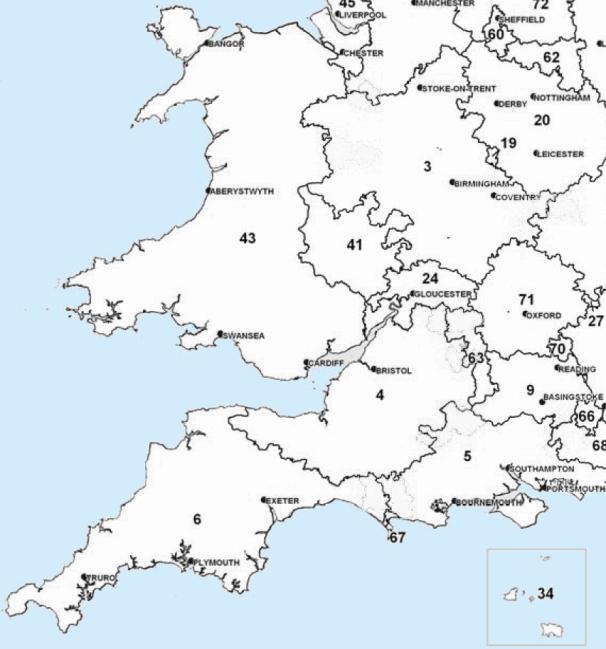 Help with Freeview, aerials?
[][][
In this section
Comments
M
michael scott
11:19 AM
Hello Brian,
Just studied your new ITV,was ITV1,new information and it is brilliant.
It's complete and informative.
THANK YOU. Kind regards,
michael scott, G1ZVO.

michael scott's 12 posts
Josh
sentiment_satisfiedBronze
9:52 PM
I wonder how long it will be before ITV HD is fully regionalized? I'd love for there to be a Yorkshire variant of ITV HD, then my grandparents would probably watch ITV HD more than SD ITV, as at the moment, they don't like watching ITV HD, then the regional news not showing.


Briantist's 38,844 posts
M
Mike Dimmick
sentiment_very_satisfiedPlatinum
2:11 PM
Josh: The problem is that HD uses about 3x the capacity of an SD stream, effectively making it 3x as expensive to broadcast. ITV are doing better from an advertising perspective, but still not that well. The major regions - with the most ad revenue - are therefore prioritised over the smaller ones.

There is a small capacity boost by switching to DVB-S2 broadcast but you have to switch a whole transponder at once. It's also not recommended to dedicate a whole transponder to just regional variants of one service, as they will be broadcasting the same content a lot of the time; the statistical multiplexer will struggle as the demands will flex at the same time. (Small delays are introduced on the SD service to stop them being completely in sync!) Therefore they are likely to have to rent more than one new transponder to get additional regions on satellite. To make it cost-effective they'd have to find other channels wanting to lease part of the capacity, e.g. 10936V carries 'Star Plus UK' in addition to two ITV regions and one STV.

We may hate that the channels' decisions are based on the satellite platform first, but the fact is that satellite users tend to have more disposable income and are more attractive to advertisers. Since the number of satellite users on the main set is about the same as for terrestrial, the consideration tends to be satellite-led. Not to mention you can effectively get bribes from Sky, by arranging for Sky to lease the transponder, or otherwise subsidise the service. ITV 2, 3 and 4 HD are currently encrypted.

If they are doing it by ad revenue I think Yorkshire (West) would probably be the next to get an HD service: it was one of the first round of +1 services. Having said that, it might not be that soon as ITV have just paid a lot to get all of their regions onto the UK-footprint satellites and broadcast in the clear. This means Freesat viewers now have all four ITV HD services on satellite, not just London and Granada, as well as all ITV SD subregions and all the ITV +1 services that are broadcast.

These are not on Freesat:

I have before switched between different micro regions on my Sky box and you get the same presenters such as Bob Warman and Sameena Ali-Khan presenting ITV News Central on Central West and Central East and there are times when both news programmes have the same news story at the same time and there are times when they each have a different news story, one more for the West and one more for the East.
Is one pre-recorded? If so, how do the programme makers get their timings so spot on so you can't see the join?

Also, why after so many years of ITV being called ITV did it get renamed ITV1 only to be renamed back to ITV again?

Also, since the ITV revamp, why is it that on the Sky EPG are the ITV region channel names just simply called 'ITV' with the exception of ITV1 Border dropping the '1' and keeping the name 'Border' after 'ITV'. Previous to this, all ITV1 channels had the name 'ITV1' followed by the region with the exception of ITV1 Channel Islands was always named 'ITV Channel Is' but now even that it just called 'ITV'.
Has ITV now reduced regional programming budgets even more? Apart from the regional news, when else can you expect to see regional programmes on different ITV regions?

Also, when all the ITV regions like Central TV, Granada TV and Tyne Tees TV were bought to make one big ITV, what would've happened if any ITV's refused to be bought?
And when the ITV licenses are up for renewal next time, could there ever be a possibility ever in the future that any ITV regions could become more independent from the others? Much like STV and UTV have done? What would an ITV region need to do in order to buy themselves back out again?
I'm only asking as I miss the old days of proper regional ITV when you could flick to a different ITV region and find a different programme from your main ITV region.

Also, is UTV +1 available yet on Sky? If so, what are the tuning frequency details?

Hope someone might be able to answer all my questions as I'm just so interested and eager to know these things!
Thanks in advance.

Stuart Owens's 156 posts
C
Chris
7:31 PM
I have a Free To Air satellite receiver (not Sky or Freesat) and when I now do a scan for channels I just get a list of channels called ITV with no regional information and there are some channels with just the OID number and no name. The broadcasters should realize that there are thousands of people who do not want to subscribe to the SKY or Freesat EPG so they need to name their channels correctly.

Chris's 1 post
D
Dave
9:42 AM
The information above for Ridge Hill isn't correct.
In Herefordshire we receive our regional news from Birmingham (just as we do from the BBC) via Ridge Hill. There's also the ITV West news available from Ridge Hill on a different frequency for its Gloucestershire viewers.

Dave's 7 posts
J
James Robinson
1:55 PM
Can someone answerme another question? I understand that the re are a few other region numbers for satellite mapping but not sure exactly which transmitters they relate to or exactly which areas. All I know is which regions they carry.

Isle Of Man is missing from this list - it is now region 73. However, 14 is the same as Isle Of man - BBC North West with ITV Granada, and at one time, Border was on this region as well.

the ones I am not sure about the officail names for are as follows:

From this you will notice that 16 and 30 are unknown, 22 and 23 map to BBC1 West and ITV West. 24 is Gloucestershire area, so do we assume that 22 is Avon/Somerset and 23 is Wiltshire? Do they not have different transmitters?

Also, which transmitter is 15 - BBC East with London and 17 - BBC North West / Granada - same as 7. Would this be for a particular county rather than a transmitter?

Also, 31 being BBC Oxford and ITV London as well as BBC Radio London - which transmitter or area is this?

Another enomoly - 32 - BBC South with ITV West? Which transmitter has this?

Also 39 and 40 are both Border Scotland areas. Is one of these Sandale?

Also, there are a total of 4 areas with Wales - the strangest one of all is BBC 1 Wales paired with Granada? I wonder do these relate to specific transmitters ie Bleanplwyf, Wenvoe, Moel Y Parc etc. Please can you clarify?

50 is Republic of Ireland

Can you clarify also which areas these overlaps are supposed to cover - in terms of Counties.

The IOM one was missed from this map but just wondered if you can hel on this to fill the whole map in?

Thank you very much.

As a result of changes taking place on 17 September 2014, there are minor changes to the map of regions on satellite. The list above still applies but some have been withdrawn The following list now applies:

Channel 4 regions are split as follows:

The following region numbers are no longer in use:

You will see from the above list that Region 39 is now Angus transmitter group. This version of STV will be on Sky from 17 September 2014.

For the channel 4 +1 regions map, this is identical to the Channel 4 regions map.

I hope this info is of use to people confused as to which region you should get.