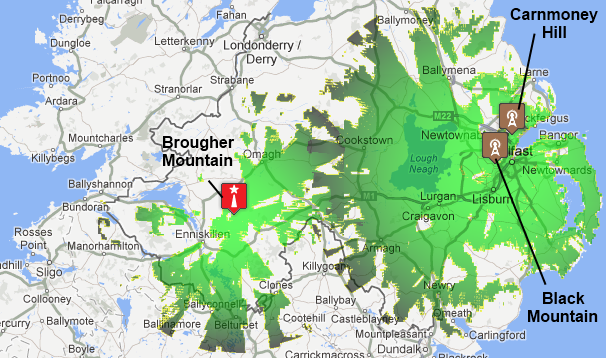 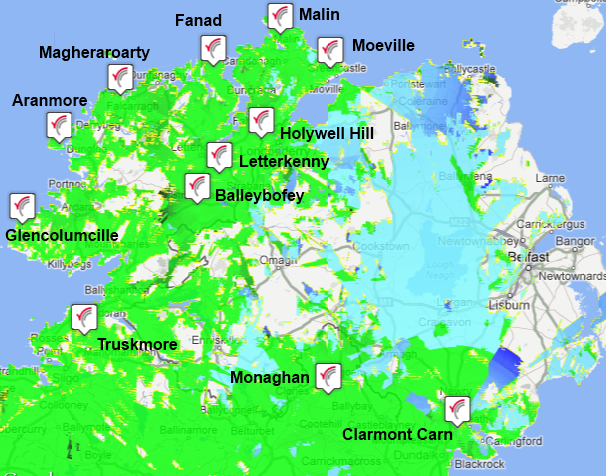 
Help with Freeview, aerials?
[][][
In this section
Comments
M
mrdtv
sentiment_satisfiedGold
12:00 PM
Briantist: These coverage maps do not tie in with the official Ofcom NIMM maps:

mrdtv's 321 posts
D
David
sentiment_satisfiedGold
12:14 PM
"It is VERY IMPORTANT to note, however, that you MUST have Freeview HD (DVB-T2) equipment to receive RTE1, RTE2 and TG4 - even though the services are NOT provided in high definition from the Northern Ireland transmitters."
Good advice for all of the UK to future proof your TV if buying a new one, I would think we will go over to this system somewhere in the future. Looks as if most TV sets in UK not have these features, are old technowlegy sets being dumped here I wonder, a lot of low price sets about.

David's 306 posts
M
mrdtv
sentiment_satisfiedGold
12:15 PM
And the NIMM frequency at Black Mountain is E39, horizontally polarised as made crystal clear in the DUK newsletter:

Briantist's 38,844 posts
Briantist
sentiment_very_satisfiedOwner
12:34 PM
David: Yes. It is certainly not a good idea to buy DVB-T equipment any more if you can get DVB-T2.

Briantist's 38,844 posts
Briantist
sentiment_very_satisfiedOwner
12:36 PM
mrdtv: The maps are the nominal areas for the transmitters. The link you provided was not to any map...

Briantist's 38,844 posts
M
mrdtv
sentiment_satisfiedGold
12:50 PM
Briantist: These are the official Ofcom predicted service area maps as it states at the top of the page:

mrdtv's 321 posts
Stuart Owens
sentiment_satisfiedSilver
1:26 PM
Wrexham
It will be interesting to know if anyone living in South-West Scotland, Isle Of Man parts of Cumbria or North-West Wales or West Wales can now or in the next 2 weeks receive the Irish Republic channels from the Saorview transmitters in the Republic of Ireland.

Stuart Owens's 156 posts
D
David
sentiment_satisfiedGold
1:42 PM
Stuart will only be if they got the right sort of TV, EG. DVB-T2. Not many in shops even though the shop might say they are full HD. I think if they say on box "Freeview HD" they will be DVB-T2 the words full HD not enough.

David's 306 posts
P
Peter Henderson
sentiment_satisfiedSilver
4:03 PM
Brian: The Black Mountain coverage looks like that of the 5 watt PSB relay for west Belfast, not the 2 kw NI mux transmitter which has fairly extensive coverage(at least according to Ofcom and Digital UK's postcode checker.