The mapping updates on UK Free TV have been finalised, with some new features and a dedicated new web server.


The "overlay" graphics that display transmitter coverage areas and TV regions onto the Google mapping used on UK Free TV have been moved to a new Amazon Web Services (AWS) m1.small server, with new code to ensure the maps show as quickly as possible.

This joins the two AWS t1.micro UK Free TV graphics servers (img1 and img2.ukfree.tv) which work alongside the main www.ukfree.tv machine, which is provided by BPWEB.

The maps of the television regions (including the BBC regions, ITV1 regions and transmitter regions used for digital switchover) now show the areas that overlap with other regions.

On each map, the area where the signals from the transmitters are strongest from the selected region are shown in green (bright green for strong signals, dark green for the weakest). 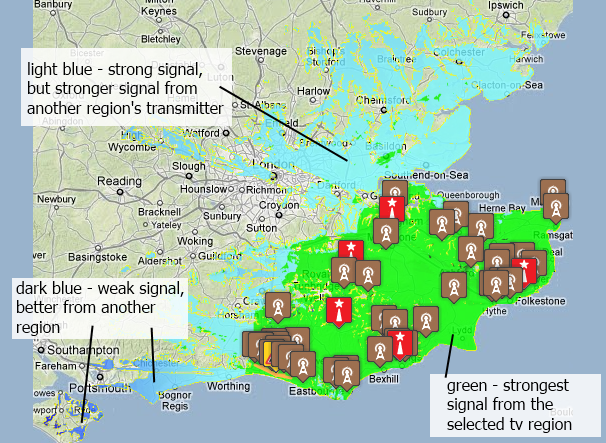 The radiation patterns for each transmitter have been changed to display in HTML5 "canvas" format (but are otherwise unchanged), and now include data for Saorview transmitters and pre-DSO where this is available. 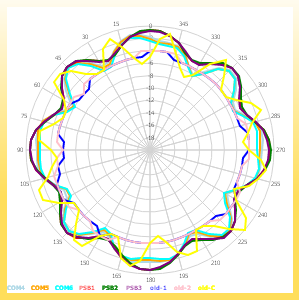 The following transmitters have radiation patterns for their pre-switchover configuration - this is now shown correctly on each page (when you click "pre-DSO 1") on the coverage map.

Here is a sample of transmitters in pre-DSO mode: 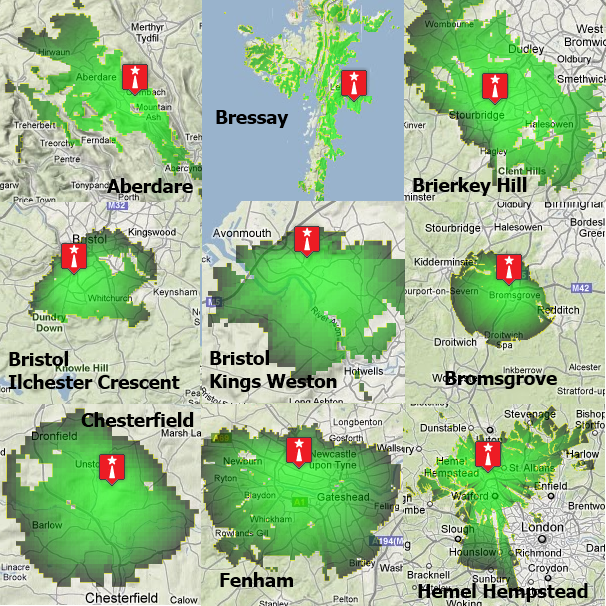 Pedro dd's 101 posts
M
M Dutton
7:41 PM
Eastbourne
For the last two evenings I havee been unable to receive the Freeview channels that I have been used to getting. Last night the 'Yesterday' (12) channel did appear but the picture and sound we very broken up.

M Dutton's 1 post
Dave Lindsay
sentiment_very_satisfiedPlatinum
8:33 PM
M Dutton: It's probably the lift conditions that is making signals go further than normal. See: What is the Inversion Effect and why does it effect my Freeview TV reception?
| ukfree.tv - independent free digital TV advice

Dave Lindsay's 5,724 posts
C
Carl
10:41 PM
Is there a problem with the sample prediction pages on 'My Freeview'. For some 48 hours now there show BS23/BS24 & TA7 postcodes and are not being automatically refreshed.

Carl's 1 post
J
james
7:15 PM
would you please forward an explanation as to why i cannot receive the same :freeview channels:in girvan as i do in kilmarnock,ayrshire.i realise that both are served by their own transmitters.any information i am sure would be most helpful.would it help if i directed the ariel towards northern ireland.

james's 2 posts
Dave Lindsay
sentiment_very_satisfiedPlatinum
7:42 PM
james: It is the decision of the Commercial operators not to broadcast from Girvan and 1000 or so other small relays because (evidently) they do not consider the outlay to provide a worthwhile return.

They cover 90% of the population from 80 transmitters and to broadcast from the relays would roughly double their transmission costs for an additional coverage of 8.5% of the population. For a more in depth explanation, see here:

Will there ever be more services on the Freeview Light transmitters? | ukfree.tv - independent free digital TV advice

The projected coverage of Divis by this website suggests that it will be receiveable in your general area. As Northern Ireland does not switch over to digital until October, you may have to wait until then (if you can get it then).

The Girvan transmitter uses Group C/D channels (top third of the band of frequencies used for TV) and Divis will use Group A ones, so you should be able to diplex (combine) the two aerials into one downlead to provide you with Scottish regional programming and the Commercial multiplexes from Divis.

Your location, preferably in the form of a post code, will allow your likelihood of reception of the Commercial services from transmitters. Or you can go to Digital UK, input your post code and tick the box to say you're in the trade:

The only thing to be aware of is that other regions such as Northern Ireland might not be shown. I've noticed that even though it appears that a transmitter will serve a particular area, it isn't always shown because it is a different region (although often they are).

Dave Lindsay's 5,724 posts
J
james
8:23 PM
Hi Dave,thanks for the info.I will certainly try two ariels as a test, and let you know the outcome.
James

james's 2 posts
J
jb38
sentiment_very_satisfiedPlatinum
8:29 PM
james: On the subject of reception from Northern Ireland, its not until October 24th when Divis switches to high powered operation that you might have a chance of receiving from there as it is shown on the predictor as possible, Divis being located at 64 miles / 229 degrees from you.

Dave Lindsay's 5,724 posts
J
jb38
sentiment_very_satisfiedPlatinum
8:56 PM
james: I also meant to say that commercial muxes from Divis ArqA Ch48 and ArqB Ch34 are presently indicated as being possible to receive in Girvan, but with them only being on 2Kw and 1.6Kw respectively I think there is a bit wishful thinking involved with the predictions given, but though both these muxes increase to 50Kw in October and so the situation will be totally different then.