If you live in Berkshire and North Hampshire, you will need to take action on Wednesday morning as high power digital television services bring digital and high definition television to everyone.

Viewers in the Berkshire and North Hampshire area who use the Hannington transmitter (and 8 relay transmitters) will have no analogue television from Wednesday 22nd February 2012. Unless you use cable or satellite to watch television, if you don't use a Freeview box or set, your screen will be blank.

Most people need only perform a "full retune" on their Freeview box or TV, but it would be impossible with 483,600 homes covered by the transmitters, for no-one to have a problem.

Do not expect a terrestrial television service from midnight until 6am - or a late as 3pm on relay transmitters (see below for timetable). 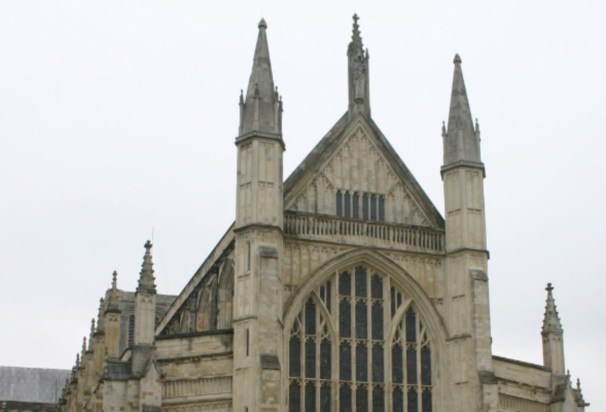 If you had no Freeview service before, you will have the BBC channels digitally from Wednesday 8th February 2012. This is a single multiplex of the BBC channels (radio, television and text) for most people.

If you didn't get this limited Freeview service on Wednesday 8th February 2012 then you may need a new aerial.

Freeview HD will start on Wednesday 22nd February 2012 from Hannington and all 8 relay transmitters. You will need a Freeview HD - DVB-T2 receiver to watch the channels. An HD "Ready" TV set with Freeview is not enough.

Help with Freeview, aerials?
[][][
In this section
Comments
M
maureen williams
4:11 PM
HI BRIANTIST,Ihave connected sky to tv and dvd recorder,all with your help.I have one more problem,the dvdr will not record.I only have one scart on tv and that is in use,is there any way i can get the dvdr to record?The dvdr manual states "this set does not have a modulated channel output it loops through the RF output".Other than this problem I can watch sky and play a dvd no problem.Many thanks

Have you ensured the DVD recorder has an aerial feed into it??

Adrian's 55 posts
M
maureen williams
12:06 AM
ADRIAN,I have just connected it with scarts,i have no clue how to get aerial feed,is it possible?

In operation, as soon as you take the DVD recorder out of standby it should automatically pass through the Sky box and appear on the screen as though only it was connected directly into the TV, this enabling you to play back a previous recording or even set it to record something from the Sky box.

The only thing to remember is that you will have to make sure that when setting the recorder to record anything from Sky that you have selected AV1 on the recorders
"input selector" or it will try to record from its own internal tuner, which of course you may want to do as well if it can receive a signal via the aerial, which of course should be connected to the DVD recorder's aerial input socket then looped into the TV.

It would have been of assistance to know what model of DVD recorder you are referring to plus your location (pref: post code) this for signal checking purposes.

jb38's 7,179 posts
J
jb38
sentiment_very_satisfiedPlatinum
8:34 AM
maureen williams: Another little point I accidentally omitted, when devices are connected his way its basically the "last" device taken out of standby that can be seen on the TV, so if the DVD recorder seems to be hogging the TV just switch the Sky box into standby then back out of it again and it will take control of the TV, likewise the same thing being done if the Sky box doesnt seem to be allowing the DVD to pass through it, i.e: switch the latter into standby then back out of it again, or of course just leave the Sky box in standby unless you are recording from it.

Also the statement seen about modulated output just means that it doesnt have the same facility to that of a Sky boxes RF1/2 modulated output signal like what you would get from an analogue TV transmitter, as the DVD recorders aerial just loops through the box as well as going into its internal tuner.

maureen williams's 15 posts
J
jb38
sentiment_very_satisfiedPlatinum
8:24 PM
maureen williams: Thanks for the update! and which indicates that Tacolneston (@ 25mls) is your main station, you must though be in a bit of an iffy reception area as Gt Yarmouth is located at only 2 miles away and yet its reception is indicated as being variable on that code, likewise is Lowestoft @ 6 miles although both stations are transmitting on 400watts, the main station Tacolneston being 100Kw.

The test of where you are actually receiving from (irrespective of the reception predictor) is whether or not you can get ITV3, as its only transmitted from Tacolneston and not from either of the other two mentioned as they are PSB only relays.

jb38's 7,179 posts
M
maureen williams
7:37 AM
jb38,think i must have got lucky,i can get itv3,so it must be taclolneston,the reception is great.Thanks again.

maureen williams's 15 posts
R
Roger Spinks
8:54 PM
Can someone tell me why, after the boost in signal strength, of two days ago I can no longer get film4, yesterday, dave, sky news, and several other programs that were fine before switch over? I have retuned and can get the main BBC and ITV channels very well. Is this as good as it is going to get or are further increases in signal strength in the pipeline? Will I have to install a dish for the now non-existent channels. Postcode RG456HN