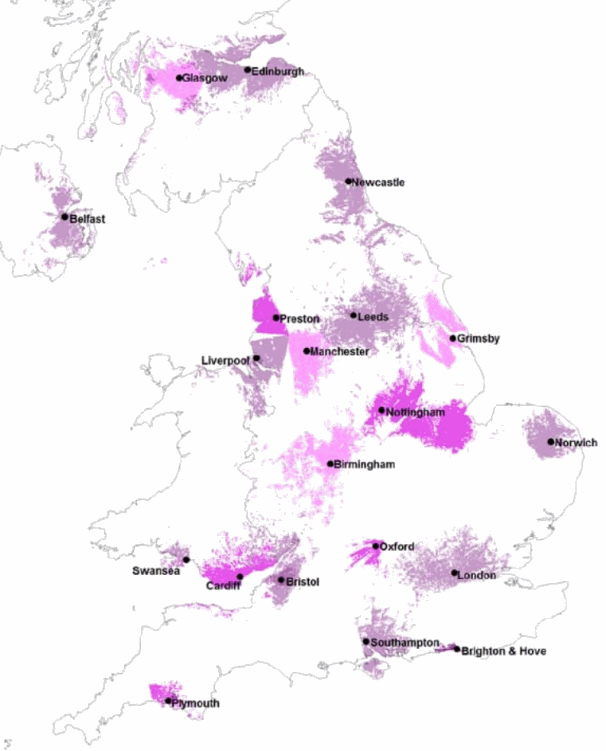 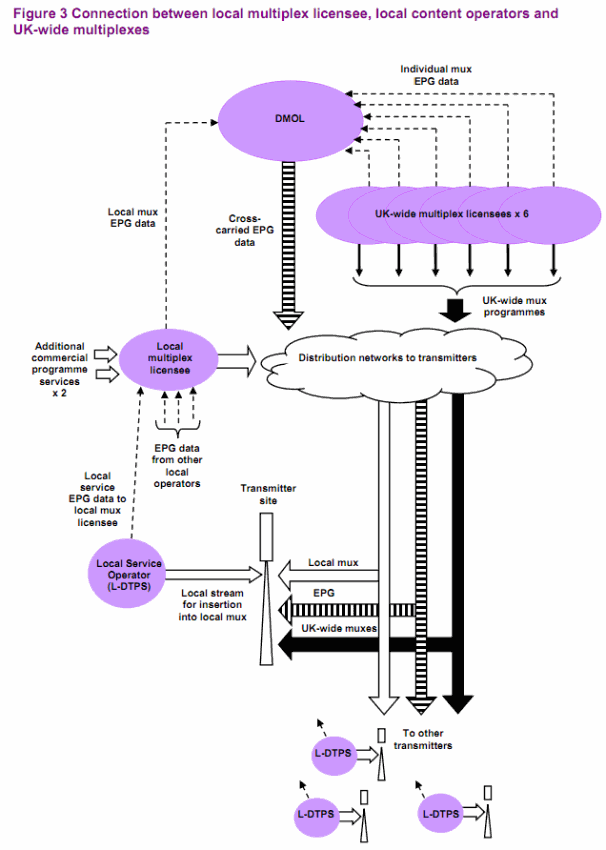 Help with TV/radio stations?
[][][
In this section
Comments
M
Mike Dimmick
sentiment_very_satisfiedPlatinum
1:01 PM
Ian: You can only make a red button service available where there's capacity to run the stream! The red button really only saves getting a Logical Channel Number from DMOL for the service (and BBC Red Button interactive stream actually has one - it's on 301). I don't think DMOL even charge for this. On the other hand, the MHEG program to handle the red button and switch to the alternate video stream would have to be carried by whatever the entry point service was - so you're basically asking the Nottingham service to advertise its competitor!

Local TV has to be carried on a new multiplex from somewhere, or Ofcom have to force a PSB multiplex to free up several slots to carry enough regional services from each transmitter. The PSB multiplexes are already full up, except a small chunk of D3&4 that ITV plc are likely to reclaim, once the squatting Rabbits are kicked off and the capacity is big enough to run a full channel. The COM muxes are not set up to run different regional content (except SDN in Wales).

Mike Dimmick's 2,486 posts
Ian
sentiment_satisfiedGold
4:13 PM
Hinckley
Not if for example the Waltham transmitter offered a red button service for Leicestershire,Nottinghamshire,Derbyshire etc it would serve a lot more people with relevant info. Getting rid of some of the useless adult channels and shopping channels would free up a lot of space, also reducing the number of +1 channels. I cant believe the red button service takes up that much band width anyway. I really don't think the digital system was thought out very well from the beginning.

Ian's 497 posts
M
Mike Dimmick
sentiment_very_satisfiedPlatinum
7:53 PM
Ian: A red button service takes exactly the same amount of space as a regular channel. Possibly slightly more. The vast majority of the space required is the video stream, running at 1.5 - 2 Mbps, and I'm assuming it has to be running the whole time.

Now, you could perhaps suggest that a Derby service should be carried on the same multiplex as a Nottingham service. No argument with that - except that a service from Waltham is not allowed to point towards Derby because the allocated channel clashes with The Wrekin to the west. The Wrekin's coverage area goes as far north as Tarporley and the west side of the Birkenhead peninsula (though I'd expect viewers there to be using Winter Hill even if it doesn't give the best results), which means the axis on which Derby lies, relative to Waltham, is not possible.

This restriction actually means that the Nottingham service won't serve the west side of that city particularly well.

The alternative is a service from Sutton Coldfield, but the channel allocated there - 51 - is already in use at the Littleover relay and therefore cannot be aimed to the north-east at all (it's also used at Emley Moor for the SDN multiplex).

Again, the government is not going to propose stealing capacity from the COM multiplexes. Ofcom are allowed to allocate capacity for PSB services on up to two multiplexes, which they have used to designate capacity for S4C (in Wales) and Channel 5 on the D3&4 multiplex, and for ITV1 HD and Channel 4 HD on BBC B. But you'd have to require the operator - let's assume D3&4 - to free up a slot for each community you wanted to serve, within the whole BBC/ITV sub-region, kicking off far more services than I think you'd want to.

Mike Dimmick's 2,486 posts
Ian
sentiment_satisfiedGold
12:39 PM
Hinckley
As I said not very well thought out from the beginning was it.

Ian's 497 posts
Briantist
sentiment_very_satisfiedOwner
1:25 PM
Ian: I think you are missing the point. This is supposed to be "local television", and very specifically NOT "regional television" again.

The whole exercise is designed to provide a cheap solution so that the service requires no public subsidy.

It seems exceptionally well thought out in fact.

robert wallace's 1 post
D
Des Collier
sentiment_satisfiedSilver
7:54 PM
Briantist:- I see Grimsby has been selected,does this mean the service is for that town/area only,or will the likes of us where i am be able to receive it.

Des Collier's 171 posts
R
Raymond France
7:00 AM
When East Sussex goes digital next year will the Newhaven transmitter be operating