Plans for a network of 39 local affiliates, over four years with 60% original production.


Channel 6 plans a network of 39 local TV affiliates, opting out under an agreed framework, set by the national channel. It will start with large cities of about a million people, dropping down to conurbations with 200,000 homes over four years. 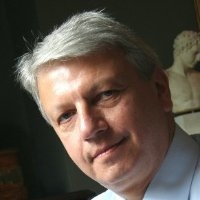 "Bigger programme budget than Channel 5 [Â£135m pa] and we will be spending roughly the same amount per viewer as BBC2 [7.7p] ... 60% of our programme budget is for original production, and of this we expect the bulk to be commissioned from independent producers. Channel 6 won't be yet another mishmash of old US series and programmes you saw last week on our sister channel. And because of our local focus, one of the main beneficiaries will be creative talent in the regions and nations." - National TV bidder Channel 6 pledges bigger budget than Channel 5 - Media - guardian.co.uk


Help with TV/radio stations?
[][][
In this section
Comments
T
tipobet mobil
5:28 PM
It's wonderful that you are getting ideas from this article as well as from our dialogue made at this
place.