Ofcom has a plan for bringing HDTV to 98.5% of the UK: Reduce, Reorganising and T2

In the UK, digital television though an aerial is provided using six transmission multiplexes that broadcast using a standard called DVB-T. Two of these multiplexes operate in one mode - 64QAM and the other four in 16QAM mode. The former delivers more data - 24Mb/s compared to 16Mb/s, but is more susceptible to interference. The total capacity is 120Mb/s for all six:

As each region switches over, the multiplexes will be all switched to 64QAM mode - as the transmission power can be increased to compensate. This creates 24Mb/s of additional capacity:

Ofcom propose that the non-PSB channels on multiplex PSB2 be moved to the capacity created on the COM2 and COM3 multiplex. These can include ITV2, 3 & 4, E4, More 4. This will result in this configuration:

Now Ofcom propose that the BBC's capacity on PSB3 be moved to PSB2, like this:

Now Ofcom reclaims 7Mb/s from the BBC, making this allocation:

To provide universal coverage for five (or S4C or TeleG), some capacity is reallocated to PSB2 from COM1. This results in:

Now, as COM3 is now clear, it is repurposed for DVB-T2 transmission:

DVB-T2 is a new standard that uses 256QAM transmission mode combined with a new error correction protocol which delivers 30Mb/s, or about 25% more than 64QAM mode.

Also, all the transmissions will be in MPEG-4 (part 10) which offers better compression for standard resolution channels as well as high definition.

Is this a good plan?

This plan will deliver three at launch rising to four full-time HDTV services to every home in the country as switchover happens, with reasonable bandwidth for each service.

However, this will be at the cost to those 8.5% of the population of some channels, such as ITV3, 4, More4 and E4 which they may have been expecting after switchover. DVB-T2 is a draft standard and is not yet beyond the first draft stage.

Regional switchovers are due to start properly in November 2008; it is unlikely that DVB-T2 receivers could be available by then, as the standard is not yet defined.

Some multiplex owners may have been expecting to benefit from the additional capacity created at switchover for their own services.

Also, the BBC has 7Mb/s taken from it for services it is already running, which using statistical multiplexing on BBC One will not compensate for.

For most people the DVB-T2 transmissions should not require a new aerial, but only those wanting the HDTV transmissions would need to get one.

In addition, most current MPEG4 services use more than the 10Mb/s allocated to the DVB-T system, such as on digital satellite where the BBC service is 16Mb/s, Sky Sports 1 HD is 18Mb/s, Sky Box Office HD is 19.5Mb/s and Discovery 16.4Mb/s. However, increasing computing power and technological advancement increase the compression ratio over time, perhaps supplying good quality HDTV at just 10Mb/s will be possible, as MPEG-2 compression ratios have improved over time. 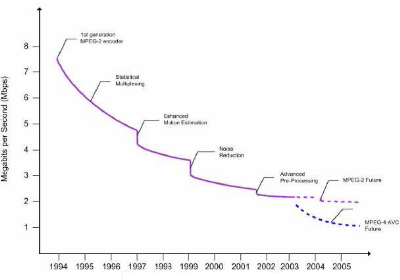 Help with High Definition?
[][][
In this section
Comments
M
michael
sentiment_satisfiedGold
10:39 PM
Brian : will any of the current HD receivers
not be compatible with the new DVB/T2 standard?
The document implies that the cunning plan is to "encourage" consumers to invest in new equipment so as to receive the interim services and later the all DVB/T2. Whether or not 700MHz is later cleared, consumers should be informed NOW which equipment will become redundant in a few years time. Some will find repeated landfill-and-replace unduly expensiv - and confusing.

michael's 857 posts
Briantist
sentiment_very_satisfiedOwner
5:53 PM
michael : There are no "official" HD receivers in the UK that are not DVB-T2.

Sets marked "HD Ready" or similar do not have HD tuners.