Do I need to buy a booster?

With analogue television, it has often been necessary to buy an amplifier to improve the quality of the television picture, or to supply a steady on several televisions fed from the same aerial.


With analogue television, it has often been necessary to buy an amplifier to improve the quality of the television picture, or to supply a steady on several televisions fed from the same aerial.

Many people have asked if it necessary to investing in a signal booster for Freeview.

Leaving aside the technically, this signal is sent to the transmitter. The transmitter emits a radio wave on a known frequency, which is varied by the incoming voltage. 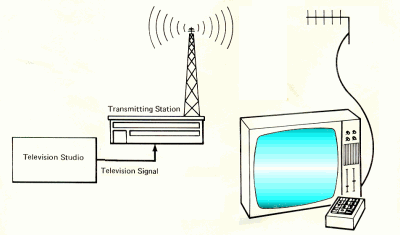 A microphone also converts the sound vibrations it picks up into a voltage, which when sent to the transmitter is added to another radio transmission frequency.

The signals are received by a television aerial pointing at the transmitter and converted back to very weak electrical signals. The sound is amplified and sent to a loudspeaker, and a picture created on the TV screen.

The best analogue television set equipped with a great TV aerial located near to a high powered transmitter will produce brilliant pictures and clear sound. A poor set with an inadequate aerial or substandard cable will not.

If a weak signal is fed to a booster device, this will make the picture appear better on the television set or sets. It is often worth the investment.


In a digital studio, the voltages from the cameras and microphones are not sent directly to the transmitter. It is converted into a stream of numbers inside a computer. The input voltage relates directly to the number in the computer. By sampling the input at a regular frequency, it is therefore possible to both store and transmit the information digitally this is what computers are good at.

It is therefore possible to take these numbers and generate a sound and picture output from them. However, the amount of information generated is over 240Mb/s, 30 times the rate of the fastest broadband connection.

Buy using computational techniques on this information the data can be compressed to as low as 2Mb/s, with as little as 6Mb/s being required for a good quality picture. These data compression techniques are called "lossy" because the reconstructed images are not identical to the originals, but look virtually similar to human eyes. 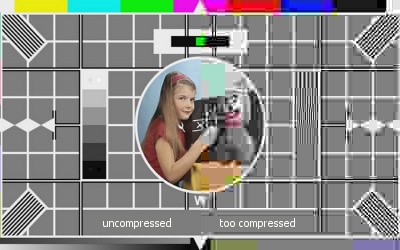 Digital television uses the same transmission frequencies as analogue uses, known as C21 to C68. The digital data is sent using a system called COFDM (Coded Orthogonal Frequency-Division-Multiplexing) which can carry data at a rate of 18Mb/s or 24Mb/s. Several television channels and some radio stations can be multiplexed together to produce exactly this amount of data.

At the receiver, it must be able to decode every single bit from these transmission multiplexes. A single error is impossible to correct for, so the decoder must have no errors.

Until switchover happens, the Freeview signals are being broadcast at very, very low power levels. However the COFDM system and sensitive digital equipment will, as long as the signal can be found and decoded there will be pixel-perfect reconstruction of the television channel. If the signal is drowned out by interference (especially from analogue transmissions) then no picture or sound will be output.

If the TV aerial installation you have provides you with all the Freeview channels, there is nothing to worry about.

If you are missing some channels because the signal is just too weak the best place to start is by improving the aerial, see Freeview reception - All about aerials. A bigger, higher, better designed aerial will always be the most sensible way to get perfect reception.

If you want to supply a signal to several sets, where the incoming signal is being "split" to serve several Freeview boxes, a masthead amplifier will be effective. This is because the signal is already of good quality and is being repeated for several sets.

However, if you are not getting a good signal from your aerial, a booster by the TV set will probably not help as this will simply boost the background interference as much as the Freeview signal.

In circumstances where an amplifier that has improved a picture on an analogue, it may be unsuitable for Freeview reception. Sometimes they will block one or more multiplex, where disconnecting the amplifier will restore the channels.

Help with Television sets?
[][][
In this section
Comments
M
MR B THORPE
5:56 PM
I have a TV booster it was put in a few years ago and the picture breaks up now and again will a stronger booster work as it is now digital thank you.

You may be experience too much signal, try is splitter and see if the reception improves.

jamie stevens's 207 posts
M
MikeB
sentiment_very_satisfiedPlatinum
7:48 PM
MR B THORPE: You havn't supplied a postcode, so its difficult to give more information, but its not a bad bet that the booster is the source of the problem, and a stronger one will only make it worse.

Digital signals are almost as strong now as the old analogue signals were, and there have been lots of people recently suffering from too high a signal strength - often caused by having a now unneeded booster, etc.

Bypass the booster if possible, and see here:

Freeview signals: too much of a good thing is bad for you | Digital switchover | ukfree.tv - 11 years of independent, free digital TV advice

MikeB's 2,579 posts
B
BOB SUMMERS
6:48 PM
I HAVE PUT IN A 2 WAY SPLITER SO AS TO HAVE ANOTHER TV IN A BED ROOM, I HAVE A LOFT AERIAL, WHEN I WATCH EITHER TVs THE SIGNAL IS WEAK AND THE PICTURE FREEZES AND JUMPS, BOTH UPSTAIRS TV SETS ARE OFF THE SAME AERIAL, I HAVE PUT IN A LOW LOSS CABLE ON THE NEW CONNECTION.
I THINK I MAY NEED TO CONNECT A SIGNAL BOOSTER IN THE LOFT AS THE WIFE DOES NOT WANT IT AT THE TV END.
MY LOCATION IS YEOVIL SOMERSET BA 22 8PQ.

BOB SUMMERS's 1 post
J
jb38
sentiment_very_satisfiedPlatinum
8:17 PM
BOB SUMMERS: If the picture is OK when the aerial is connected directly into one of the TVs but not when through the splitter then is the splitter referred to powered? because if not a powered version such as seen in the link is almost guaranteed to cure the problem.

jb38's 7,179 posts
J
jb38
sentiment_very_satisfiedPlatinum
8:33 PM
BOB SUMMERS : This is another 4 output type which might be slightly more suitable for fitting into the loft as it could be screwed onto one of the roof supporting beams.

jb38's 7,179 posts
A
Andrew
12:05 AM
I have just fitted a digital aerial with two televisions running off the same aerial, upstairs fine picture great downstairs picture good on itv and channel 4 but very bad on bbc 1 and 2 all new cables and connectors, can you help do I need a better amp

Andrew's 1 post
Dave Lindsay
sentiment_very_satisfiedPlatinum
12:23 AM
Andrew: Such queries cannot be addressed without knowledge of your location, preferrably in the form of postcode or that of a nearby property such as a shop, this being to check predicted reception in the area.

Based on the information supplied, a whole variety of possibilities spring to mind. These include the downstairs TV being tuned to the wrong transmitter for BBC SD and radio, and too high a signal strength.

There is no such thing as a "digital" aerial as against an "analogue" one. It's the frequencies that the signals use that drive choice of aerial. Aerials installed for analogue are suitable for reception of PSB (Public Service channels - BBC, ITV, C4 etc); its the COM (Commercial - ITV3, Pick, 4Music etc) channels that might require a different aerial for some transmitters.

Dave Lindsay's 5,724 posts
H
Harry Armitage
10:52 PM
Manchester
My postcode is M45 7HX and I presume I normally get TV signal from Winter Hill transmitter. Over the last few weeks the signal strength of the multiplex carrying the BBC channels as perceived by my TVs has got worse and worse with picture freezing and what you would probably call drop-outs. Tonight I asked one of the TVs to re-install itself from scratch and scan for digital channels - it has failed to find any BBC channels. Anyone any idea how this could be cured?